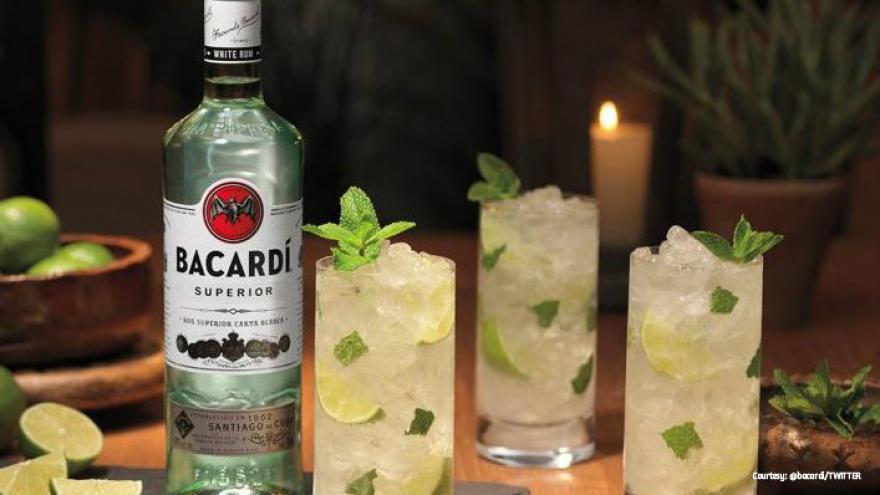 (CNN Money) -- Shots all around: Bacardi is buying the maker of Patrón.

Bacardi Limited, which owns the rum brand and hundreds of other spirits, said Monday that it's acquiring the tequila company in a deal worth $5.1 billion. It's expected to close in the first half of this year.

Patrón Spirits International is known for its premium tequila, packaged in distinctive dome-shaped bottles. The brand's been around for nearly 30 years.

Bacardi says it's held a 30% stake in the tequila maker for the last decade.

This new deal means that Bacardi will add the tequila label to its 200 brands, which include Bacardi rum, Grey Goose vodka, Dewar's scotch whiskey and Bombay Sapphire gin.

It would also make Bacardi the second-biggest liquor company in the U.S., according to the Distilled Spirits Council, the industry group. Diageo, the company behind Johnnie Walker, Smirnoff and Captain Morgan, is number one.

The appetite for top-shelf tequila is also huge. According to council spokesman Frank Coleman, total tequila sales in the U.S. jumped 120% between 2002 and 2016. Sales for just the super-premium stuff, which also includes brands like Don Julio 1942 and Avion Reserva 44, soared 700% over that same period.

Bacardi, which is privately owned, is a sprawling family business based in Bermuda. It was founded in 1862.