Baltimore Museum of Art will only buy women's art in 2020 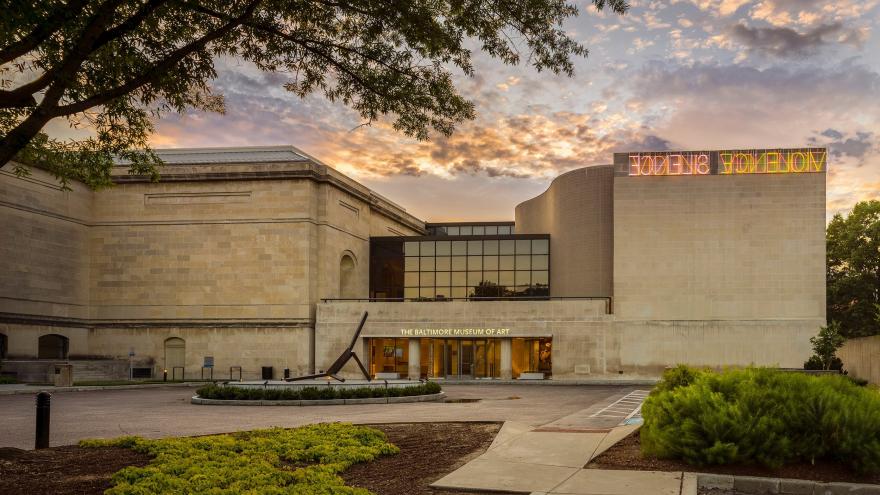 (CNN) -- The Baltimore Museum of Art unveiled plans that it will only buy art by women next year. Right now, only four percent of the museum's collection is by female artists.

As part of the BMA's 2020 Vision initiative, the museum will also showcase at least 20 exhibitions featuring work from a diverse range of women, including Elissa Blount Moorhead.

For Moorhead, the first time she saw herself reflected in a work of art, it wasn't in a museum. It was in her parent's house, going through her dad's record albums. The Funkadelic album covers of Pedro Bell featured black women in futuristic settings, surrounded by bright oranges and blues.

"I just remember looking at the album covers and reading them, and recognizing they were black women," Moorhead said. "And thinking they looked like people I knew, even though they were psychedelic."

Now an established artist, Moorhead's work will be featured in an exhibition next year. Other exhibitions include works already featured by Georgia O'Keeffe, Grace Hartigan and others, as part of the museum's plan.

The BMA's decision was more than two years in the making.

"I would say the 2020 Vision is just an extension of a code of ethics that has been deeply embedded within the museum," said Christopher Bedford, the museum's director. "Building a permanent collection is building a story for all time."

The decision came about under the leadership of women throughout the museum. The board of trustees is chaired by Clair Zamoiski Segal and Asma Naeem is chief curator.

The BMA's move was warmly received by activists who were pushing for greater diversity in the art world for decades.

"There are so many women who ought to be honored and known," said longtime women's art advocate Cindy Nemser. "I say it's a beginning. Imagine if this had happened in 1972."

The BMA's acquisitions budget for next year is roughly $2 million. Purchasing an artist's work goes deeper than just temporarily borrowing it from another collection. It funds the artist and allows curators to feature her for years to come.

"Purchasing art changes the nature of the permanent collection," said Amelia Jones, professor and vice dean of research at the Roski School of Art and Design at University of Southern California. "We could have 150 years of just collecting women and that might start to address it."

Moorhead hopes that a major change will renew museums' importance in the 21st century.

"I'm hoping that all of us can start to think about how patriarchy and hierarchy has really diminished people's interest in museums and cultural centers," Moorhead said. "This will enliven your audience. It's just the right thing to do."

She hopes her work will help other adults and children feel seen, like the Pedro Bell album covers.

"I want to make work that's not just a reflection, but really an extension of who I am and who we may be," Moorhead said. "And when they walk through, they see something that is resonant and that reminds them I'm there, on the other side."