Baltimore police detective dies from shot in the head 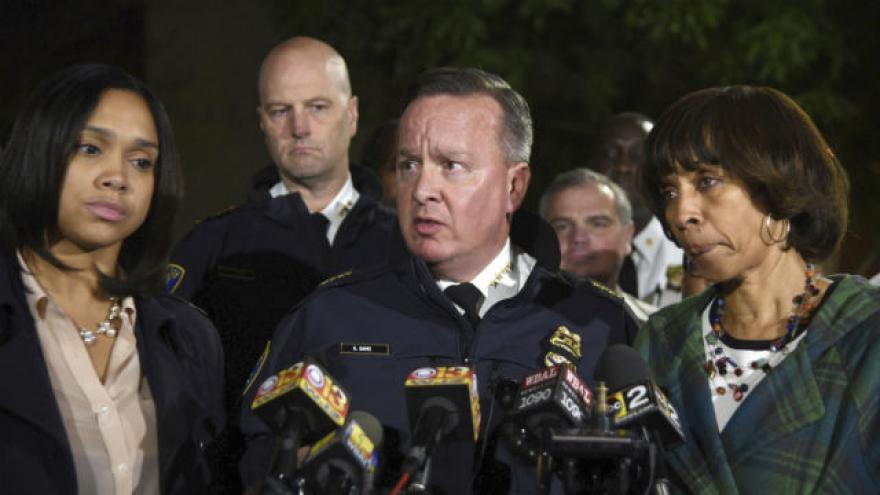 (CNN) -- A Baltimore police detective was pronounced dead on Thursday, a day after a gunman shot him in the head, police Commissioner Kevin Davis said.

Suiter, a 43-year-old father of five, was shot by that man in the head, Davis said.

The detective was taken to the University of Maryland Medical Center. He was pronounced dead on Thursday at about noon, officials said.

"He was well respected and he will be very sorely missed," Mayor Catherine Pugh said.

Police were searching for the gunman. They said the suspect was an adult black male who wore a black jacket with a white stripe.

"What I want to describe this person as is cold and callous," Davis said Wednesday.

"We remain dedicated and committed to finding the person who ended such a beautiful life, such a wonderful detective, husband, father and friend," he said. "We will find the person responsible for this ridiculous, absurd, unnecessary loss of life."

The FBI's Baltimore field office announced a $69,000 reward for information leading to the arrest and conviction of the shooting suspect, Davis said.

Maryland Gov. Larry Hogan said the suspect "will be found, charged and prosecuted to the fullest extent of the law."

Pugh and other city leaders gathered outside the hospital Wednesday night, urging residents to help stop violence in Baltimore.

"We cannot have violent criminals running our streets," Pugh said. "Too many guns on our streets. Too many victims."

The mayor's plea comes following several city and grass-roots initiatives to curb violence in the past few months such as citywide ceasefire weekends. As of Thursday, the number of homicides in the city for 2017 was 308, compared with 318 for all of last year, according to a tally by The Baltimore Sun.