Baltimore will no longer prosecute drug possession, prostitution and other low-level offenses 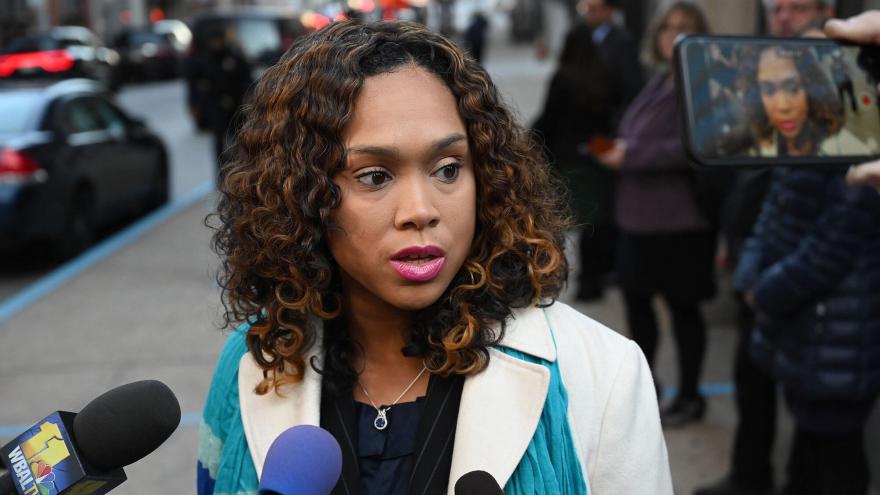 Baltimore City State's Attorney Marilyn Mosby speaks to the media on January 21. The city will no longer prosecute drug possession, prostitution or other low-level lewd offenses.

Mosby made the announcement on Friday following her office's one-year experiment in not prosecuting minor offenses to decrease the spread of Covid-19 behind bars.

"Today, America's war on drug users is over in the city of Baltimore. We leave behind the era of tough-on-crime prosecution and zero tolerance policing and no longer default to the status quo to criminalize mostly people of color for addiction, said Mosby in an official press release.

The experiment, known as The Covid Criminal Justice Policies, is an approach to crime developed with public health authorities. Instead of prosecuting people arrested for minor crimes like prostitution and public urination, the program dealt with those crimes as public health issues and work with community partners to help find solutions.

The program has led to decreases in the overall incarcerated Baltimore population by 18%, while violent and property crimes are down 20% and 36% respectively, according to the press release.

Mosby said she intends to refocus law enforcement on more severe offenses that plague the city and have contributed to its violent reputation.

"When the courts open next month, I want my prosecutors working with the police and focused on violent offenses, like armed robbery, carjacking cases and drug distribution organizations that are the underbelly of the violence in Baltimore, not using valuable jury trial time on those that suffer from addiction," Mosby said.

Her decision was supported by Baltimore Mayor Brandon Scott and Baltimore City Police Commissioner Michael Harrison. But Republican state Sen. Robert Cassilly told CNN affiliate WBFF that while he supports prosecutorial judgment, Mosby's decision is closer to making the law rather than enforcing it.

"Rather than arrest and prosecution, BCRI will connect individuals with services in areas such as mental health, housing, and substance use," according to the press release.

Mosby's office, along with Baltimore police and BCRI, will work to support sex workers by partnering with local organizations like SPARC, a center for women in southwest Baltimore, Baltimore Safe Haven and the Baltimore branch of the Sex Workers Outreach Project.