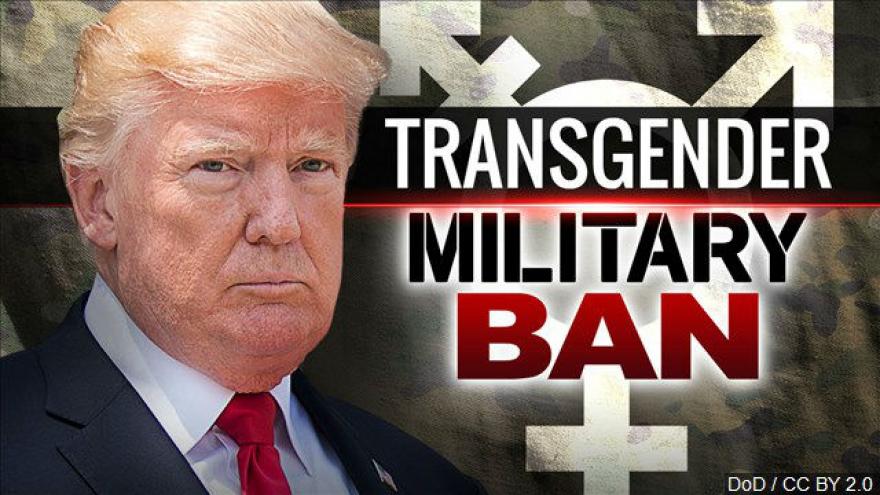 (CNN) -- Last Tuesday, the Supreme Court cleared the way for a Trump administration policy that bans most transgender individuals from serving in the military to go into effect while appeals play out in the lower courts.

A week later, however, that policy remains blocked because one federal judge has so far failed to lift a lingering injunction that some parties involved in the case forgot even existed. Judge George Russell of the US District Court for the District of Maryland issued his injunction last fall.

But perhaps because that particular court case seemed to lag behind others, the Justice Department didn't bring it to the Supreme Court's attention. Instead it focused on cases from the West Coast.

The Supreme Court's unsigned 5-4 order took no stance on the legality of the ban, first proposed in a surprise tweet by Trump in 2017, but allowed it to take effect while legal challenges proceed.

After the Supreme Court's order, the Defense Department said it was "critical" that the Department be "permitted to formulate personnel policies that it determines are necessary to ensure the most lethal and combat effective fighting force in the world."

The Justice Department has asked Russell to lift his order and dissolve the case.

"In light of the Supreme Court's order, this court should immediately dissolved" its injunction, DOJ lawyers argued.

In response, the ACLU told the court that it agreed that it would be appropriate for Russell to put the nationwide injunction on hold, but the lawyers also asked him to exempt the 14 named plaintiffs from the ban because of their specific circumstances. Some have been working closely with recruiters and medical boards and believe they are on the cusp of being able to enlist.