Bank teller charged in home invasion of a customer who'd made a large withdrawal, authorities say 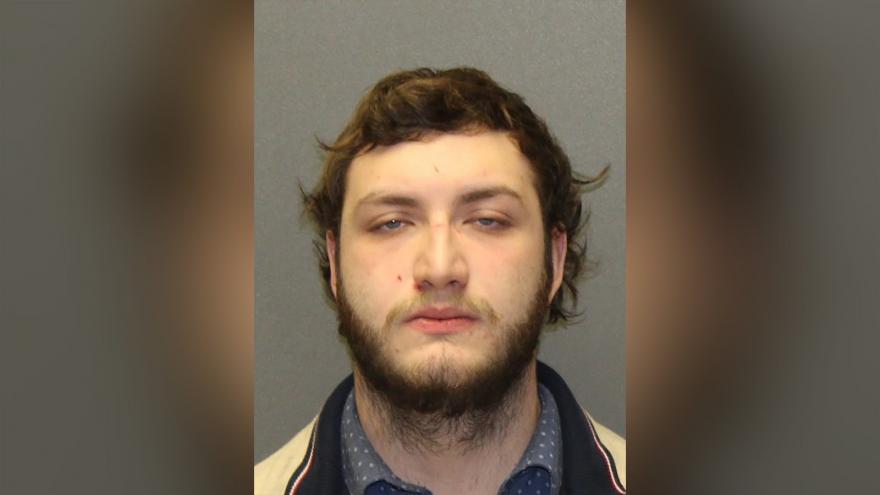 (CNN) -- A bank teller has been charged in connection with a home invasion at the residence of a customer who'd made a large withdrawal of money, authorities in Maryland said.

A 78-year-old man told investigators he answered his door around 8:30 p.m. Monday and an unknown male forced his way inside, the Harford County Sheriff's Office said in a news release. The intruder assaulted the man until a relative, a 57-year-old woman, intervened, the sheriff's office said.

The suspect ran upstairs and the woman called police from a nearby home. When sheriff's deputies arrived, the intruder had fled and was not found during a neighborhood search with the K-9 unit, the sheriff's office said.

"As the investigation continued, it was determined one of the victims had removed a large amount of money from the bank," the news release said. "Detectives gained information identifying a teller at the bank as the suspect."

Nathan Michael Newell, 19, of Bel Air, was arrested Wednesday at the bank, the sheriff's office said.

He has been charged with robbery, first- and third-degree burglary, first- and second-degree assault and home invasion, the news release said.

Newell was being held at the county detention center without bond. The public defender's office said Thursday he will be assigned representation.

Both residents suffered injuries. The woman was treated at the scene and the man was transported to Johns Hopkins Bayview Medical Center with what are believed to be non-life-threatening injuries, the sheriff's office said.

Michael MacPherson, president and CEO of Freedom Federal Credit Union, confirmed Newell was an employee of the credit union.

"We are shocked and appalled to hear of the events that led to the assault and injury of a longtime member of our credit union," MacPherson said in a statement. "Our thoughts go out to him, and his family, during this difficult time."