Bannon will do interview with special counsel instead of grand jury 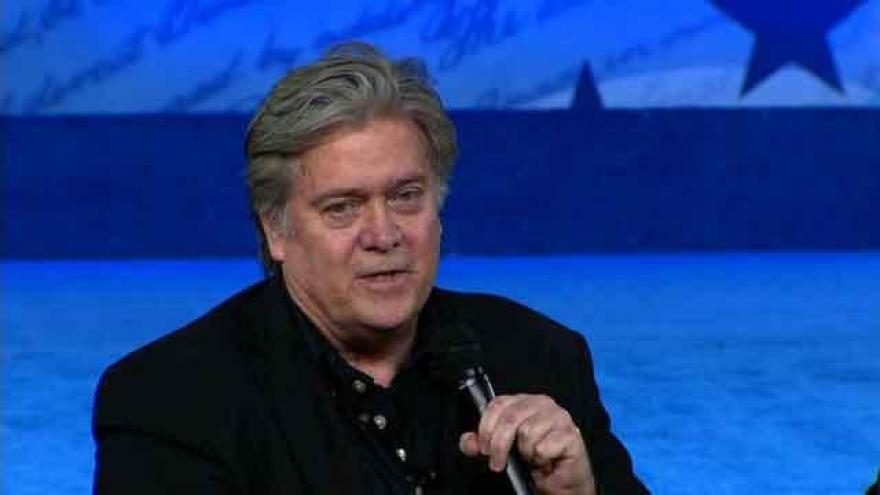 (CNN) -- Steve Bannon has struck a deal with special counsel Robert Mueller's team and will be interviewed by prosecutors instead of testifying before the grand jury, two people familiar with the process told CNN. He is expected to cooperate with the special counsel, the sources said.

The sources did not say when the interview will take place or if the subpoena would be withdrawn.

Bannon, the former White House chief strategist for President Donald Trump, is expected to talk openly to Mueller's team. Bannon's attorney told the House Intelligence Committee on Tuesday that Bannon would answer questions when he goes to the special counsel because executive privilege would not apply, according to one of the sources.

A spokesman for the special counsel's office declined to comment.

Last week, the FBI attempted to serve Bannon with a subpoena to appear before the grand jury in the Russia probe. He referred agents to his attorney, multiple sources said.

In testimony before the House Intelligence Committee, Bannon downplayed the comments published in Wolff's book, saying it was "hyperbole" that he described the June 2016 Trump Tower meeting between Donald Trump Jr. and members of the Trump campaign with Russians as treasonous and unpatriotic, two sources said. Bannon, who joined the campaign after the June 2016 meeting, and shed little light on the meeting with Russians, the sources said.

One reason Mueller may have issued a subpoena is that Bannon publicly changed his story when he issued a statement on the book's contents, walking back some of what was reported, a source told CNN.

The source familiar with the process with Bannon said Mueller's team may have been seeking to send a message that he needs to be truthful about what happened.

California Rep. Adam Schiff, the ranking Democrat on the House Intelligence Committee, told CNN that the White House instructed Bannon not to answer questions regarding the presidential transition and his time in the White House. Schiff said a White House attorney other than White House counsel Don McGahn reconfirmed this should continue after the committee served Bannon with a subpoena during the interview yesterday. Two sources tell CNN the White House attorney was Uttam Dhillon. McGahn and Bannon share the same attorney, William Burck.

The House Intelligence Committee is not done questioning Bannon, as the panel will require him to answer their questions and their own subpoena of him stands, Rep. Mike Conaway, R-Texas, said after Tuesday's hearing.