Bark, the herald angels sing: A 'first-ever' Christmas song for dogs has been released 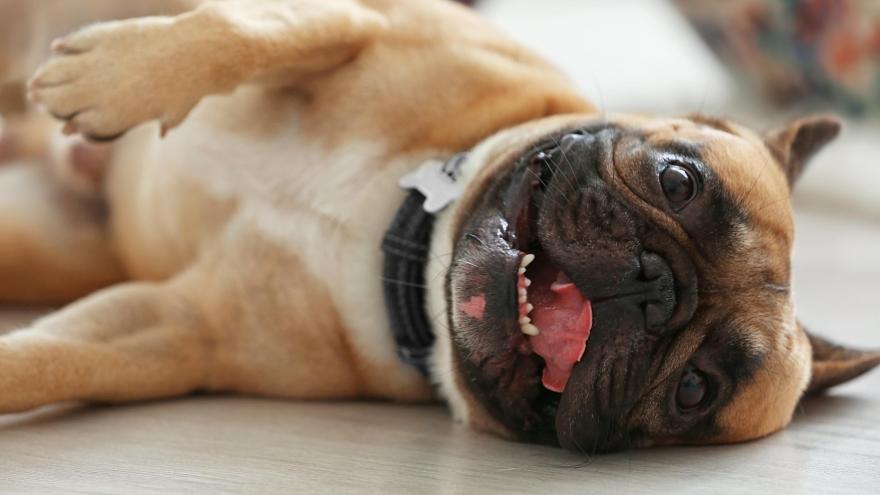 But now dogs can join in the fun. A song that claims to be the first-ever Christmas single designed exclusively for canines has been released, and early footage suggests it's getting a strong reaction from its four-legged listeners.

"Raise the Woof" was created based on scientific research into the ways dogs interact with sound, and with input from animal behaviorists, according to dog food company Tails.com.

It uses a reggae beat and sounds of bells, squeaky toys and owners' instructions to elicit a response from listening dogs.

The company said the track was devised with the help of a focus group of 25 dogs, who were played more than 500 sounds and analyzed for their responses.

"Signs that dogs are enjoying the track include alertness, trying to discover where the sounds are coming from, head cocking, or moving their ears to get a better listen, as well as tails wagging," the company said in a press release.

The song was recorded at Abbey Road, the London music studio made famous by The Beatles. Proceeds from a limited-edition vinyl version will be donated to men's mental health organization Dudes & Dogs.

Some limited research has suggested that dogs respond positively to music.

A 2002 study found that dogs in a shelter became more relaxed when played classical music, while research from the Scottish SPCA charity in 2017 suggested that the animals enjoy reggae and soft rock.