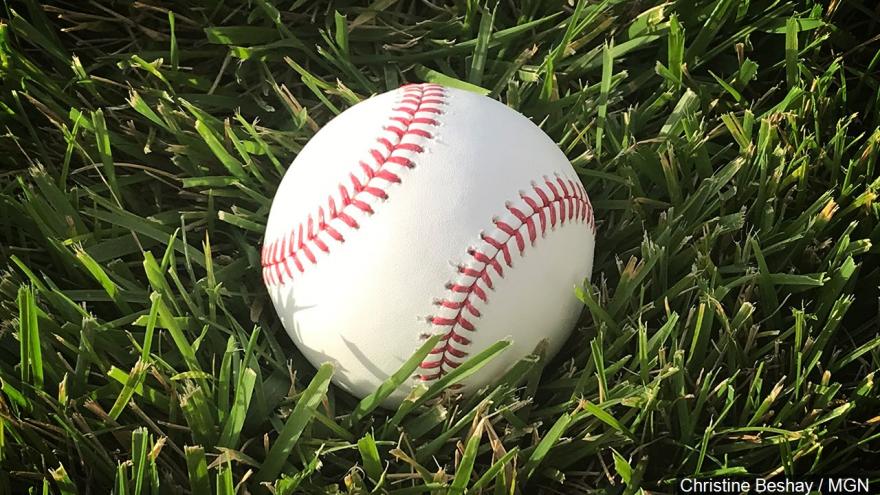 LOS ANGELES, Calif. (AP) — How could a baseball artifact possibly top a ball signed by both Babe Ruth and Lou Gehrig?

The seller was not identified, and the winner who outbid 28 other prospective buyers for the ball was identified only as a Southern California collector.

The only living original inductee who didn't sign the ball was Lou Gehrig, who on that day was headed to the Mayo Clinic in Minnesota where he'd be diagnosed with ALS, the disease that would end his career, take his life and unofficially bear his name.

It was on June 12, 1939, that the Baseball Hall of Fame first opened its doors, though it had been choosing members for three years by then. Most were already dead.

Marv Owen, a star third baseman for the Detroit Tigers who was there to play in an exhibition marking the occasion, recognized the moment's significance and brought two balls that he had the 11 men sign — one for himself, and one for his former teammate Hank Greenberg.

"With autographed balls, very few can you trace to the point of origin, the point of signing, where you know the circumstances of where it was acquired," said Dan Imler, vice president of SCP Auctions.

"It's incredible. It almost puts you in that moment, which is very, very rare for a ball."

Several signed balls have survived from that day, but most have signatures from other players or dignitaries that diminish their value.

The names weren't haphazardly scrawled all over the ball, either. It was as though Owen had future collectors in mind when he collected the signatures in dark, lasting ink.

And their placement doesn't seem random either.

"Ultimately that panel of Cobb, Ruth, Wagner is what puts it over the top," said Kevin Keating of Professional Sports Authenticator, who verified the ball's legitimacy.

"Those are the elite of the elite. The fact that he got those guys the way he did, in that perfect order on one panel, it's almost as if it's by design."

Greenberg's ball has been lost to history.