Bear breaks into a Colorado home, smashes through wall to escape police 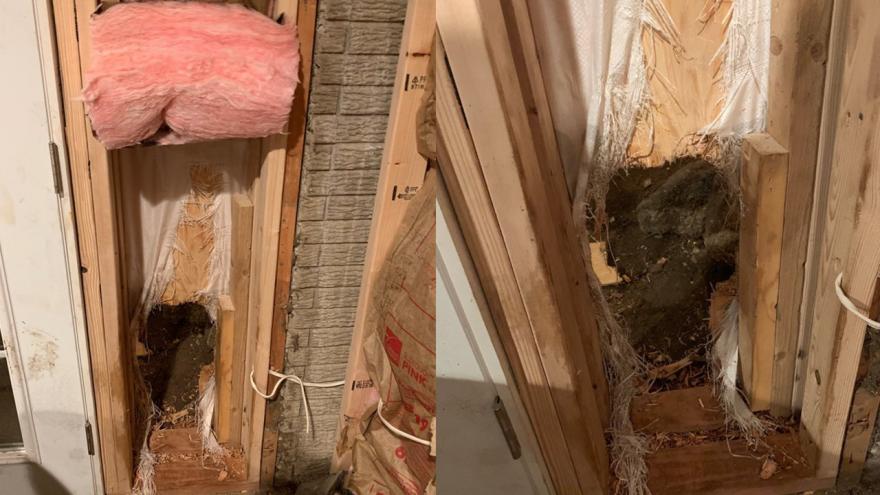 (CNN) -- A hungry bear that broke into a Colorado home at night made a daring escape from the cops, smashing a hole in the wall to force his way out of the building.

Police in Estes Park, a town at the base of the Rocky Mountains, said the bear was probably attracted by the scent of garbage.

But rather than risk being taken into custody, the animal decided to fight its way out.

Colorado is home to thousands of black bears, which frequently enter cars and homes in search of food.

The state's Parks and Wildlife department urged residents to lock their windows and doors and make daily checks to prevent encounters.

The smash and grab isn't the first time a creature in Colorado has skirted the law in search of a meal.

Last month, a bear was caught on camera trying to break into a dumpster behind a cannabis shop in the state -- before deciding to steal the whole thing instead.