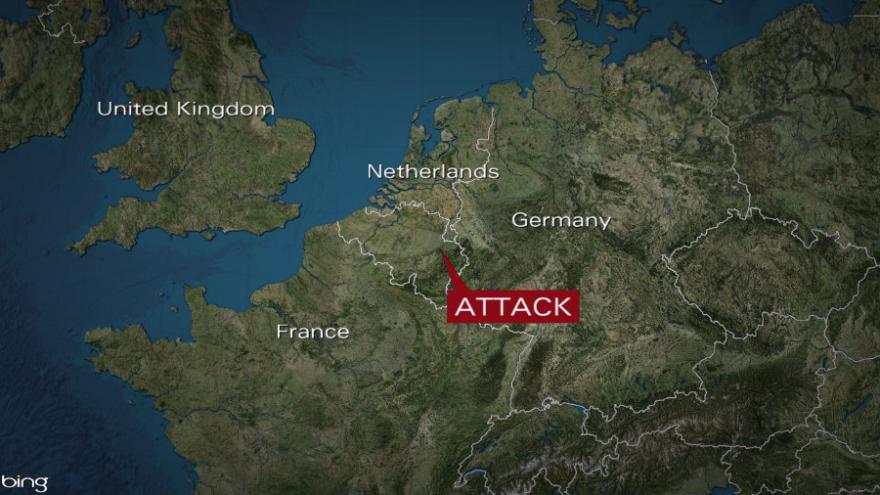 (CNN) -- Two police officers and a passerby were killed Tuesday when a gunman opened fire in the eastern Belgian city of Liege.

The assailant has since been "neutralized," a spokesperson from the Liege prosecutor's office told CNN.

The shooting took place on Tuesday at around 10:30 a.m. (4:30 a.m. ET). It is not yet clear what the attacker's motive may have been, the spokesperson added.

"Our thoughts are with the victims of this horrible act. We have started a process to establish what exactly happened," Jambon wrote in a follow-up tweet.

The incident took place in the vicinity of a local high school. The crisis center said that the students were safe and that none had been injured.

Pierre Etienne Dit Pave, who teaches French language classes nearby, told CNN he was first alerted to the attack by a "commotion in the street" and went out to investigate.

"At one point a policeman told me to go inside. I went back to the classroom and locked the door for a while," he said. "We heard a lot of shots, we didn't see anything because we were locked in the room. We were waiting for police to give us the clearing."

The Belgian Royal Palace also tweeted its sympathies following the shooting. "Our thoughts are with the victims of this horrible act. Courage to their loved ones," the tweet read.

Authorities in Liege are expected to provide an update on the incident later Tuesday.

Liege is Belgium's third-largest city, after Brussels and Antwerp, according to the national tourist office. For centuries, it has been an important cultural and industrial center for the country.

In 2011, Liege was the scene of a grenade and gun attack that left at least 5 dead and injured more than 100.