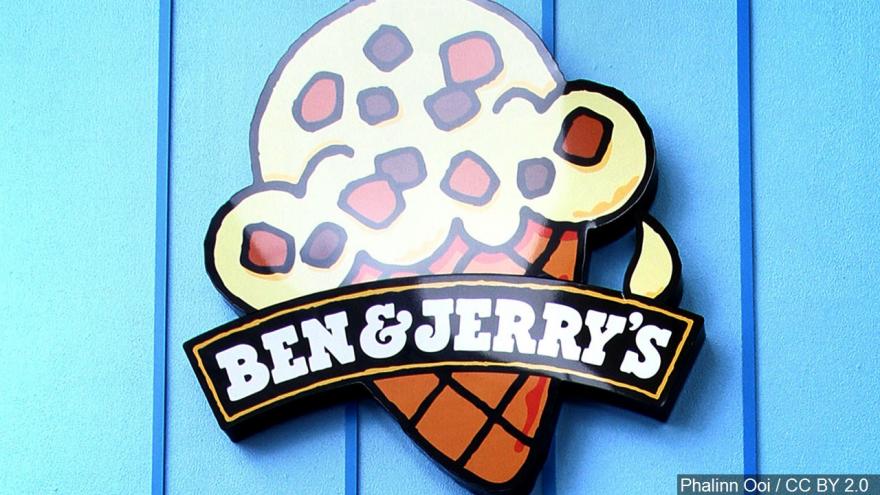 (CNN) -- It might be a rocky road for seven Democratic House candidates in their respective races, but the co-founders of Ben & Jerry's ice cream are hoping to float them to Congress.

Together with the liberal grassroots organization MoveOn.org, Ben Cohen and Jerry Greenfield are encouraging supporters to create ice cream flavors and names to help the progressive House candidates, who are challenging incumbents in mostly safe Republican districts.

They intend on making a batch of each of the seven flavors to raffle off to support the candidates, which include long-shot bids by J.D. Scholten, who's hoping to unseat Iowa Rep. Steve King, Lauren Underwood, who is taking on Illinois Rep. Randy Hultgren, and Ammar Campa-Najjar who's facing off against California Rep. Duncan Hunter.

"We wanted to do our part to check President Trump's unrestrained power and send progressive champions to Congress who will really fight for working people and not just blow smoke," Cohen tweeted on Friday in promoting the contest. "To guys like us, that means cranking up the old ice cream freezer."

The two co-founders said in a press release on MoveOn.org that they want candidates who will push "Medicare for All, protect clean air and water, and get big money out of politics."

Cohen and Greenfield have dipped into politics before. During the 2016 election, Cohen invented an ice cream flavor called "Bernie's Yearning" to honor Vermont independent Sen. Bernie Sanders, and several pints were given away in a contest organized by Sanders' campaign.

Their company, Ben & Jerry's Homemade Inc., said it had nothing to do with the Sanders flavor and that all costs were paid for by the Sanders campaign.

The dessert duo were also among hundreds of protesters arrested in Washington in April 2016 at a demonstration against money in politics.