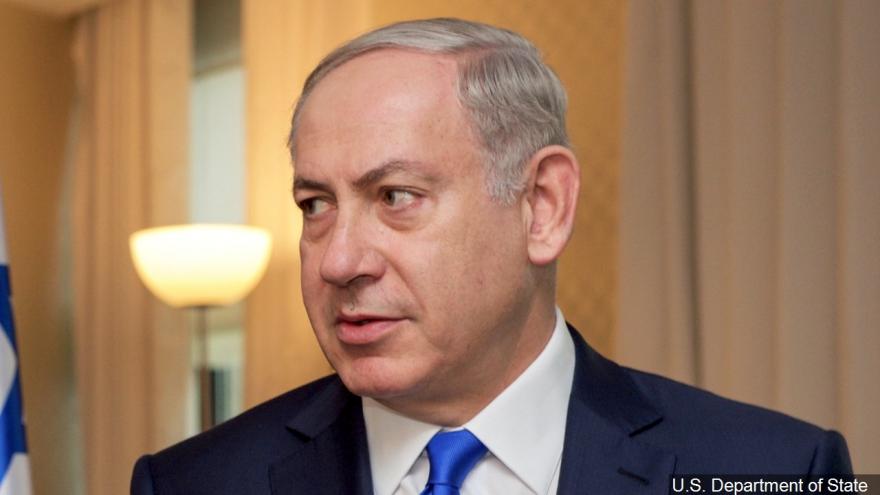 (CNN) -- Prime Minister Benjamin Netanyahu was taken off the stage at a campaign event in southern Israel Wednesday night as a rocket was fired from Gaza toward the city of Ashkelon, just one day before the 70-year-old Israeli leader faces a leadership challenge within his Likud party.

About two minutes after Netanyahu was introduced, video from the event shows Netanyahu being led away by security as the crowd chants "Bibi, Bibi!"

The event organizer tells attendees there is a red alert in Ashkelon, warning of incoming rocket fire. He then says there is no need to worry.

According to the Israel Defense Forces (IDF), one rocket was fired from Gaza toward Israel and was intercepted by the Iron Dome aerial defense system.

Netanyahu returned to the stage about 12 minutes later, as the crowd again chants "Bibi!"

A virtually identical situation occurred before the elections in September. Netanyahu was holding a campaign rally in the city of Ashdod, a few miles north of Ashkelon. Rockets were fired from Gaza into Israel, forcing security to escort Netanyahu off the stage. He returned a short time later to finish his speech.

Netanyahu responded Wednesday to the rocket fire on Twitter, saying, "He who fired last time is not with us. Whomever who fired this time should pack his belongings."

No one has claimed responsibility for the rocket fired Wednesday evening.