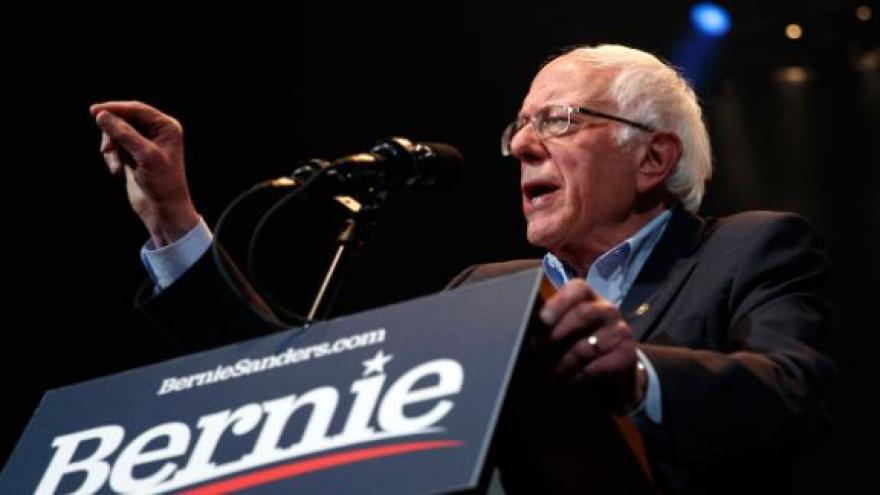 (CNN) -- Vermont Sen. Bernie Sanders' lead in New Hampshire continues to hold, according to the second release from a tracking poll conducted by the University of New Hampshire for CNN.

Saturday's interviews, which make up roughly a quarter of the poll's sample, show Klobuchar having her best day in the tracker so far, while Warren had her worst.

Sanders leads by a wide margin among younger likely primary voters, while Buttigieg has opened up a lead among those age 45 and older. Buttigieg edges out his rivals among voters who consider themselves moderate or conservative, while Sanders has a better than 25-point lead among liberals. And Sanders tops the field among those who do not have a college degree, while college graduates split evenly between the two.

Likely Democratic primary voters in the Granite State largely expect to see Sanders win the contest on Tuesday, with 57% saying he is most likely to win, well ahead of any other candidate.

Sanders also holds a seven-point edge over Biden as the candidate with the best chance to win in November, edging up from four points in Saturday's data.

Among those likely to vote in the Republican primary, the numbers have held exactly as they were in Saturday's poll release: 91% back President Donald Trump, 5% former Massachusetts Gov. Bill Weld.