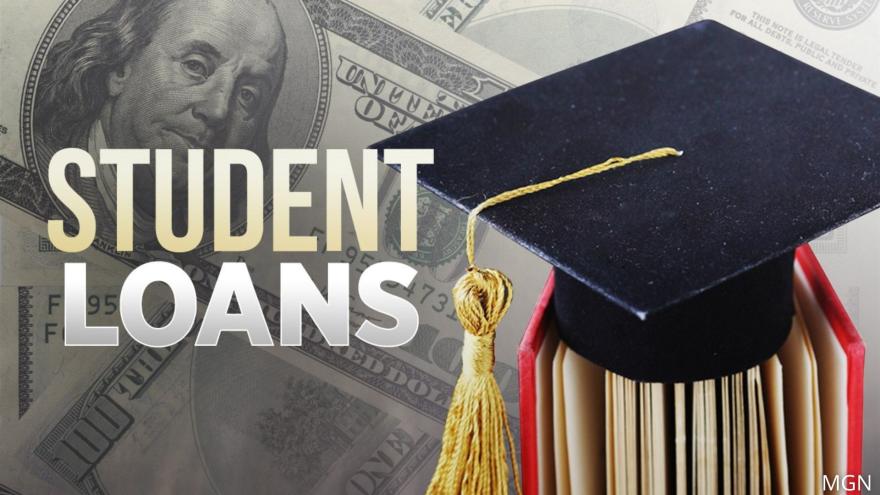 (CNN) -- The Biden administration has approved the cancellation of federal student loan debt for another 45,000 public sector workers over the past few months, according to the Department of Education, on top of the 100,000 borrowers previously deemed eligible.

These workers qualify for student loan debt cancellation due to the changes the Department of Education made to the Public Service Loan Forgiveness program in October.

Since then, the administration has approved the cancellation of about $8.1 billion in federal student loan debt for close to 145,000 borrowers under the new waiver. Some of these borrowers have been approved for loan forgiveness but have yet to receive the relief.

The number of borrowers who have been approved for debt relief so far is a fraction of the 550,000 borrowers the Department of Education originally estimated would be eligible for student loan forgiveness under the temporary expansion of the program.

The Public Service Loan Forgiveness program promises to wipe away remaining federal student loan debt after an eligible government or nonprofit worker makes 10 years of monthly payments. The program was created about 15 years ago, but a very small percentage of borrowers who applied had received forgiveness before 2021.

Many people criticized the program as difficult to navigate and some said they found out they weren't eligible for forgiveness only after making what they thought were a decade's worth of qualifying payments. Only borrowers with specific kinds of federal loans and enrolled in certain repayment programs were eligible.

How the PSLF waiver works

Last year, the Biden administration temporarily expanded eligibility through October 31, 2022, so the program now includes borrowers who had loans that didn't originally qualify.

Due to the temporary waiver, it no longer matters what kind of federal student loans borrowers have or what repayment plans they are enrolled in. All payments will be eligible for the Public Service Loan Forgiveness program if the borrower was working full time for a qualifying employer.

Previously, eligibility also hinged on having a federal Direct Loan and being enrolled in an income-driven repayment plan, which sets payments based on income and family size. Those with Federal Family Education Loans, which were made by private lenders but backed by the government, did not qualify.

Many borrowers don't have to take any action in order to have the Department of Education review and update the number of their qualifying payments.

But those currently with older Federal Family Education Loans will have to consolidate them into Direct Loans by October 31. Payments made before consolidation will now count toward receiving relief.

Those who already have Direct Loans but have not submitted employment certification forms for past periods of repayment must also do that before October 31.

President Joe Biden said in April that he is considering using his executive authority to cancel student loan debt more broadly. He's been facing pressure from other Democrats for months to cancel $50,000 per borrower.

Biden has said that if he takes action to broadly cancel federal student loan debt, it would be for an amount smaller than $50,000 per borrower.

On the campaign trail, Biden said he would support $10,000 in forgiveness. White House officials have indicated that the President is also looking at setting an income threshold so that high-earning borrowers would be excluded from the debt relief.

The decision is expected to come before August 31, when the pandemic-related pause on federal student loan payments is set to end.

While broad student loan debt cancellation could deliver financial relief to millions of Americans, the implications of such a significant policy move are complicated. On its own, the action would do nothing to bring down the cost of college for future borrowers or help those who have already paid for their degrees.