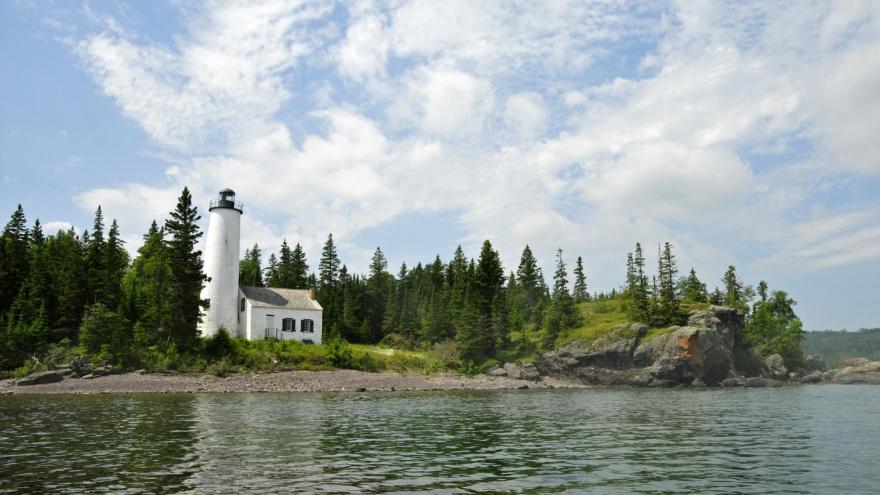 The Biden administration on Thursday outlined its goal to conserve 30% of America's lands and waters by 2030.

(CNN) -- The Biden administration on Thursday outlined in a new report how it aims to achieve its goal of conserving 30% of America's lands and waters by 2030.

Developed by the Departments of the Interior, Agriculture and Commerce, as well as the White House Council on Environmental Quality, the report lays out initial recommendations for a decade-long initiative -- described as the "America the Beautiful" campaign -- to encourage local conservation efforts.

"The President's challenge is a call to action to support locally led conservation and restoration efforts of all kinds and all over America, wherever communities wish to safeguard the lands and waters they know and love," the agencies' top officials write in the report. "Doing so will not only protect our lands and waters but also boost our economy and support jobs nationwide."

Thursday's announcement follows President Joe Biden's climate executive order issued in late January, which instructed the federal agencies to submit a report to the National Climate Task Force with recommendations for achieving the goal of "conserving at least 30% of our lands and waters by 2030."

Much of the report focuses on promoting local and voluntary conservation efforts. The 30 by 30 goal "reflects the need to support conservation and restoration efforts across all lands and waters, not solely on public lands, including by incentivizing voluntary stewardship efforts on private lands and by supporting the efforts and visions of States and Tribal Nations," the agencies write.

The report also acknowledges that there were "divergent perspectives" from some stakeholders, including over how to define "conservation" and how to measure the success of these efforts.

"There is no single database that could capture the texture and nuance of the economic and social values of every restoration or conservation action," the report later explains, noting that in listening sessions, "the question of what should 'count' came up regularly."

In light of these concerns, the report recommends two main mechanisms for measuring conservation progress -- one in the form of a new interagency working group to track conservation information and develop metrics for success, and the other in the publication of annual "America the Beautiful" updates.

Specifically, the report calls on the federal government to task the interagency working group with building an American Conservation and Stewardship Atlas tool to measure conservation progress. While there are existing tools and databases available, the report explains, "they should be refined, coordinated, and supplemented to better reflect the state of conservation in America."

Brenda Mallory, chair of the Council on Environmental Quality, provided a glimpse of how the administration will be determining what success looks like for this initiative.

"We will be measuring progress based on real outcomes and benefits of conservation and restoration efforts in the lives of people and in the health of ecosystems, rather than solely by scale," Mallory told reporters Thursday morning.

White House national climate adviser Gina McCarthy further described Thursday's report as "the kickoff" for the interagency group to develop plans going forward, and for "using science to really tell us what kind of baseline we have and what we're hoping to accomplish to ensure that we meet this goal."

"This is an exciting start, it's not the end," she added.

Asked about budgeting for the initiative, McCarthy responded, "I don't think that we're prepared at this point to put a total figure on this" but pointed to the President's recent budget request that calls for investments in conservation efforts, as well as "funding mechanisms that are already provided, to start the job moving forward while we look at the development of an overarching strategy."

The report also outlines other areas of focus for the administration, including creating more parks and outdoor opportunities for certain communities, supporting tribal conservation and incentivizing "voluntary conservation efforts" among American farmers and ranchers.