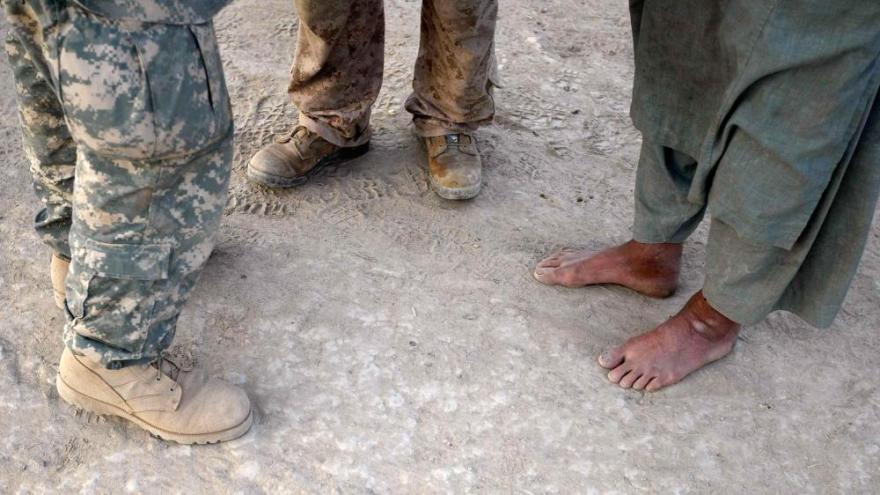 A U.S. Marine (C) talks through his interpreter (L) to an Afghan man during a patrol on July 6, 2009 in Mian Poshteh, Afghanistan.

(CNN) -- The Biden administration is launching "Operation Allies Refuge," an effort to relocate thousands of Afghans who helped the United States throughout its nearly two-decade military campaign in Afghanistan.

Flights for Afghan special immigrant visa (SIV) applicants "who are already in the pipeline will begin in the last week of July," according to a senior administration official and an administration announcement shared with CNN.

The administration said it would not have additional details about the timing or destination of the flights for operational security. News of the operation was first reported by Reuters.

Amb. Tracey Jacobson, who left the State Department in September 2017 and served as US ambassador to Tajikistan, Turkmenistan and Kosovo, "is leading the State Department Coordination Unit that will deliver on the President's commitment under Operation Allies Refuge," senior administration official said, noting the task force will include representatives from the Defense Department and Department of Homeland Security.

Russ Travers, a senior adviser at the National Security Council, will coordinate the interagency policy process on the operation.

The administration has faced criticism from bipartisan lawmakers and advocates for not doing enough to protect the Afghans who helped the US and now fear their lives are in danger as the Taliban gains ground and the US nears full withdrawal from Afghanistan.

CORRECTION: This story has been corrected to accurately reflect the name of "Operation Allies Refuge"