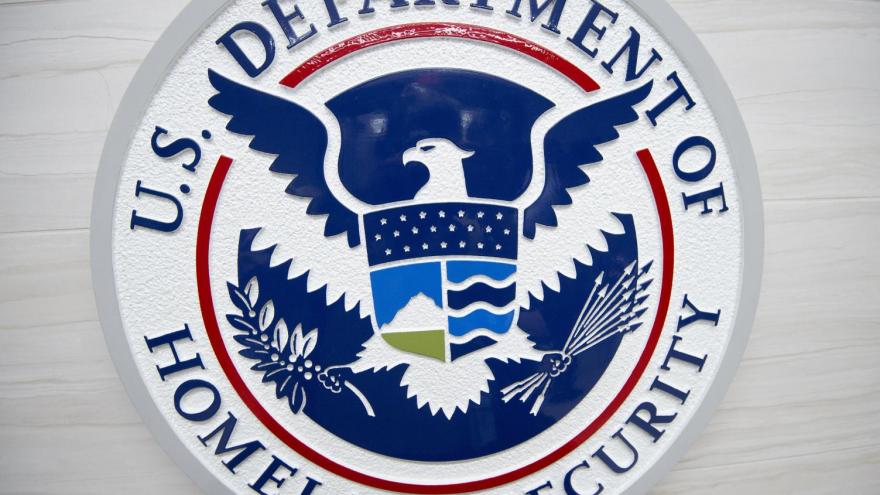 The Biden administration is leaning on the Federal Emergency Management Agency to help state and local authorities combat domestic extremism in the United States.

(CNN) -- The Biden administration is leaning on the Federal Emergency Management Agency to help state and local authorities combat domestic extremism in the United States.

The new guidance directed by Homeland Security Secretary Alejandro Mayorkas was announced by FEMA to state and local officials in a briefing last week, an administration official said.

The agency, often associated with storm and emergency relief efforts, plans to increase funding for states and cities to focus on the pursuit of domestic extremist groups, doubling down on the agency's efforts to combat domestic extremism, a FEMA source told CNN.

The Trump White House's general lack of interest in addressing the problem of right-wing extremism has forced the Biden administration to essentially start from scratch as it conducts a variety of threat assessments. Officials acknowledge they must first understand the scope of the problem before they can begin to counter it.

In a town hall with CNN Tuesday night, President Joe Biden said "domestic terror" is the greatest terrorism threat to the US. "It is complex, it's wide ranging, and it's real," he said of the ongoing threats from Americans who embrace White supremacy.

"There is an urgency and a priority coming directly to the interagency that was not there under the Trump administration" when it comes to the focus on domestic extremism, a DHS official told CNN, adding that individual agencies were working on the issue at the operational level, but there was "no real leadership" coming from the top.

"January 6 was a wake-up call. The government is taking this extremely seriously," the official said.

"Since 2002, DHS has allocated more than $54 billion to states and territories to prevent and prepare for the threats that terrorist organizations pose. Almost 20 years later, the homeland security threat environment has evolved. As the threats evolve, so, too, must the grant programs intended to prepare communities for those threats, a FEMA spokesperson told CNN.

The fiscal year 2021 grant program details will be publicly released next Thursday, according to the spokesperson.

Rioters breached the US Capitol last month in an attack that left five people dead and prompted the House to impeach President Donald Trump over his role inciting the violence. The Senate acquitted Trump in his second impeachment trial over the weekend.

During his first weeks in office, Mayorkas made it clear to officials in the department, as well as outside groups, that combating domestic violent extremism is a top priority, according to several officials.

DHS is considering additional operational improvements to combat domestic extremism, such as, expanding training, providing technical assistance to local jurisdictions for threat assessment investigations, and developing strategies to combat the influence of false online narratives, according to the administration official. Initiatives are expected to be announced in the coming weeks.

In January, President Joe Biden tasked the Office of the Director of National Intelligence to compile a comprehensive threat assessment, coordinated with the FBI and DHS on domestic violent extremism. While the intelligence assessment is underway, the White House National Security Council is coordinating a government wide plan to deal with the threat.

The summer of 2019 brought the threat of domestic terrorism into focus after a string of incidents, including the mass shooting at a Walmart in El Paso, the deadly shooting at the Gilroy Garlic Festival in Northern California and the shooting in Dayton, Ohio.

At the time, McAleenan called White supremacist extremism one of the most "potent ideologies" driving acts violence in the US.

Mayorkas, who was confirmed earlier this month, told CNN's Ana Cabrera that domestic terrorism is "one of the greatest threats" to the US.

"To see the insurrection, the horrific acts of January 6, were not only personally devastating, but created in me a commitment to redouble our efforts, to fight hate and to fight one of the greatest threats that we face currently on our homeland, which is the threat of domestic terrorism," Mayorkas said.

The most significant terrorism threat currently facing the nation comes from lone offenders and small groups inspired by domestic extremist beliefs, including those based on false narratives spread on online and through social media, a DHS spokesperson told CNN.

Since late 2019, DHS observed more than a dozen domestic terrorism incidents targeting government facilities or officials, with most occurring since May 2020, according to the DHS spokesperson and first reported by CBS News. The key drivers of those attacks included: civil unrest, ongoing COVID-19 restrictions, the election season and the breach of the US Capitol, the spokesperson confirmed.

Mayorkas also takes the reins from a department that's been rattled by leadership turnover and vacancies for the better part of the last four years and was often at the center of Trump's political agenda.

Last September, a DHS whistleblower, Brian Murphy, accused top Trump political appointees at the department of trying to alter a report to downplay the threat posed by White supremacists and instead emphasize the role of leftist groups due to concerns about how the initial language would reflect on the President, according to a complaint first reported by CNN.

The complaint is still under investigation.

About a month later, DHS published its first annual homeland threat assessment that concluded, White supremacist extremists will remain the deadliest domestic terror threat to the US, while also detailing a range of threats from election interference to unprecedented storms.

The DHS Office of Targeted Violence and Terrorism Prevention (TVTP) was established under the Trump administration as part of a rebranding that focused prevention efforts on all forms of violence, regardless of the ideological motivation.

Funding for the office's next round of grants is expected to double from $10 to $20 million, according to two officials. An increase in funding for the grants, which was first reported by NBC News, has yet to be announced.

These grants are awarded to state and local authorities, as well as schools and other nongovernmental groups to develop violence prevention capabilities. DHS awarded $10 million to 29 projects last September in support of these efforts, including grants to Boston Children's Hospital, the Philadelphia Police Department and Arizona State University.