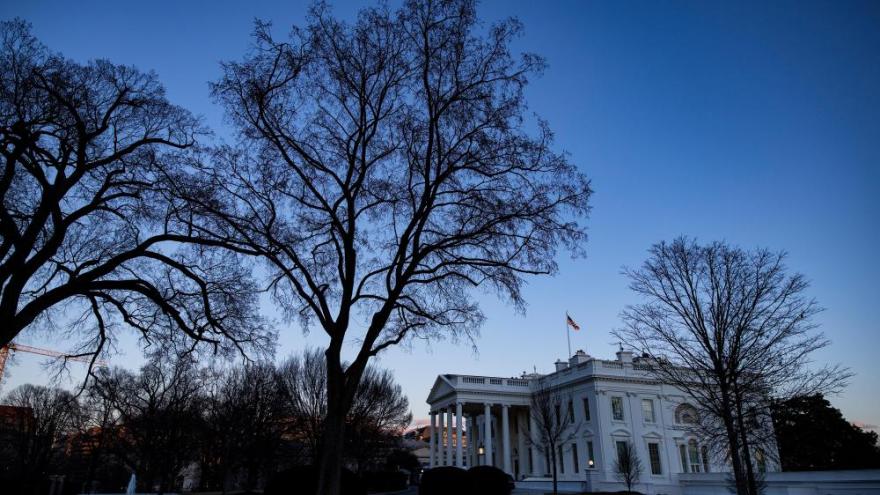 The Biden administration sanctioned Eritrea's military and sole political party for their involvement in the ongoing crisis in northern Ethiopia.

(CNN) -- The Biden administration sanctioned Eritrea's military and its sole political party for their involvement in the ongoing crisis in northern Ethiopia as Secretary of State Antony Blinken expressed concern that about "the potential for Ethiopia to implode."

These are the first sanctions imposed under a new executive order signed by President Joe Biden to target those responsible for perpetrating the year-long conflict, which has intensified over recent weeks as armed groups allied against the Ethiopian government have advanced south toward the capital of Addis Ababa.

In addition to designating the Eritrean Defense Force (EDF) and People's Front for Democracy and Justice (PFDJ), the Biden administration also sanctioned two individuals and two entities with ties to the EDF and PFDJ.

Friday's sanctions did not target any individuals or organizations directly associated with Ethiopian Prime Minister Abiy Ahmed's government nor the Tigray People's Liberation Front (TPLF), both of which are key parties to the conflict.

In a statement Friday, Blinken said they were not imposing such sanctions in order "to allow time and space" to see if diplomatic efforts led by African Union High Representative Olusegun Obasanjo make progress.

"If the parties fail to make meaningful progress, the United States stands ready to pursue additional sanctions, including against the Government of Ethiopia and the TPLF," said Blinken, who travels to Kenya, Nigeria and Senegal next week.

US Special Envoy for the Horn of Africa Jeffrey Feltman, who was in Addis Ababa this week, returned to Washington, DC Thursday "to consult with the Secretary of State and other senior Administration officials on the US diplomatic efforts to promote a negotiated and sustainable cessation of hostilities and an end to the conflict," a State Department spokesperson said.

Blinken said that "Eritrea's destabilizing presence in Ethiopia is prolonging the conflict, posing a significant obstacle to a cessation of hostilities, and threatening the integrity of the Ethiopian state."

"Credible accounts implicate Eritrean forces in serious human rights abuses, and the United States remains gravely concerned about the conduct of all parties to the conflict. Eritrean forces should immediately withdraw from Ethiopia," he said.

The US Treasury Department said the EDF "has been operating in northern Ethiopia amidst numerous reports of looting, sexual assault, killing civilians, and blocking humanitarian aid."

The details described by the Treasury Department echo CNN's reporting from earlier this year, when a team traveling through Tigray "witnessed Eritrean soldiers, some disguising themselves in old Ethiopian military uniforms, manning checkpoints, obstructing and occupying critical aid routes, roaming the halls of one of the region's few operating hospitals and threatening medical staff."

The humanitarian situation in northern Ethiopia remains dire, and multiple United Nations personnel have been detained in recent days.

Additional CNN reporting has uncovered atrocities that bear the hallmarks of genocide, including mass killings and sexual violence. A joint report released by the Office of UN Commissioner for Human Rights and the Ethiopian Human Rights Commission found that all parties involved in the conflict had "committed violations of international human rights, humanitarian and refugee law, some of which may amount to war crimes and crimes against humanity."

In addition to the sanctions on the EDF, the US targeted the PFDJ, Eritrea's "sole legal political party," according to a Treasury Department release.

Eritrean President Isaias Afwerki "personally oversees the command and control of the EDF, issuing orders directly to EDF generals, making him ultimately responsible for the EDF's role in contributing to the crisis in northern Ethiopia," the Treasury Department said.

The administration also sanctioned Red Sea Trading Corporation, which "manages the property and financial interests of the PFDJ, acts as its funder, and provides it business assistance," as well as its CEO Hagos Ghebrehiwet W Kidan; Abraha Kassa Nemariam, the head of the Eritrean National Security Office; and Hidri Trust, "the holding company of all PFDJ business enterprises."

Blinken said Friday that the sanctions "are not directed at the people of Eritrea, Ethiopia, or the greater Horn of Africa Region; they are calibrated to impose costs on those prolonging the crisis."

"The US Department of the Treasury has taken a series of steps to permit the continued flow of food, medicine, and humanitarian support to Eritrea," he said.