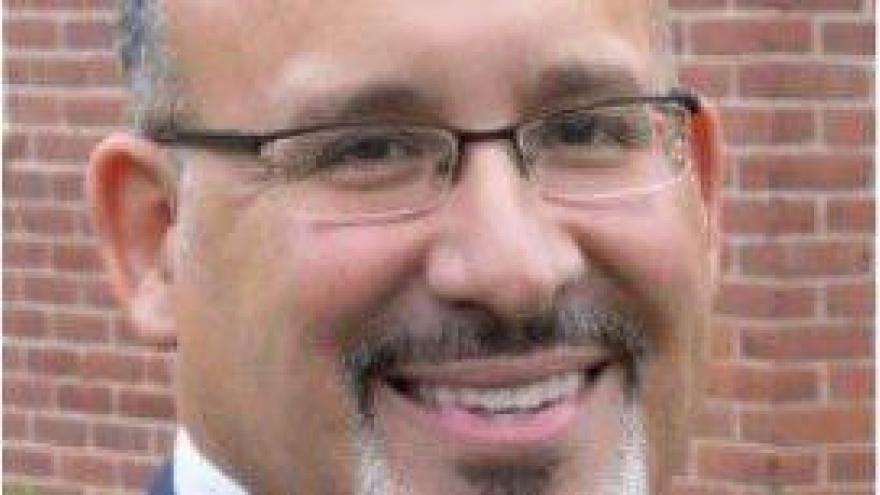 (CNN) -- President-elect Joe Biden on Wednesday introduced Miguel Cardona as his nominee for education secretary, calling the Connecticut education commissioner "brilliant" and saying he will play a key role in his administration's efforts to reopen schools forced online amid the coronavirus pandemic

Cardona, whose parents moved from Puerto Rico to Connecticut, would be another high-profile Latino in the Cabinet if confirmed by the US Senate. Biden said Cardona "understands that the deep roots of inequity that exist as a source of our persistent opportunities gaps. He understands the transformative power that comes from investing in education."

Cardona said that as an education commissioner, a public school parent and a former public school classroom teacher, he understands how challenging this year has been for students, educators and parents.

"It's taken some of our most painful, longstanding disparities and wrenched them open even wider," Cardona said, speaking publicly for the first time as Biden's nominee. He said that "for too many students, your zip code and your skin color remain the best predictor of the opportunities you'll have in your lifetime."

He added, "Though we are beginning to see the light at the end of the tunnel, we also know that this crisis is ongoing, that we will carry its impacts for years to come and that the problems and inequities that have plagued our educational system since long before Covid will still be with us even after the virus is gone."

Biden on Wednesday reiterated that reopening schools safely would be a national priority for his administration and spoke of the challenges that students, educators and administrators have faced amid the coronavirus pandemic.

"They worry. They're under stress. They stretch local budgets that have left educators out of work," Biden said.

He also criticized "mixed signals from the White House" as to stimulus aid, a day after Trump unexpectedly announced he was asking for changes to the $900 billion Covid-19 relief package, leaving the future of the legislation in doubt.

Biden pledged to push Congress to provide additional economic relief to Americans, including funding to "keep educators on the job."

CNN was first to report that Cardona would be nominated for the role.

Cardona was appointed Connecticut's commissioner of education by Democratic Gov. Ned Lamont in August 2019. He came to the role with two decades of experience as a public school educator from the city of Meriden, according to the state's government website, after beginning his career as an elementary school teacher and later serving for 10 years as a school principal. In 2013, Cardona became the assistant superintendent for teaching and learning.

The Congressional Hispanic Caucus had urged the President-elect to select him. Throughout the Cabinet selection process, Biden has faced pressure to follow through on his pledge to nominate people who reflect the diversity of America.

Biden still has five Cabinet-level positions to name, including attorney general. That decision is no longer expected to be announced before Christmas, a person familiar with the matter tells CNN, as the President-elect continues deliberating on one of the most high-profile positions in his incoming administration.

Biden has said that getting kids back to school safely is one of his top priorities when he takes office in January. In a recent speech laying out his plan to address the pandemic, he said that if Congress provides the necessary funding to protect students, educators and staff and if Americans follow strong public health measures, "my team will work to see that a majority of our schools can be open by the end of my first 100 days."

During his presidential campaign, Biden proposed guaranteeing two free years of community college or other training as part of a higher education plan that would also aim to cut student loan obligations. His plan includes new spending aimed at improving access to college for low-income individuals, minorities and undocumented immigrants who were brought to the United States as children.