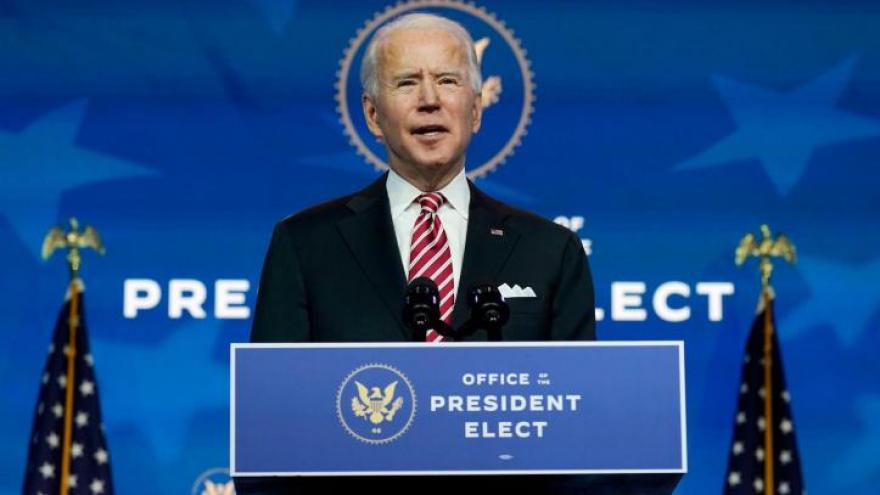 President-elect Joe Biden on Monday named a slate of digital operatives to his incoming White House staff, preparing for an administration that, at least at the outset, will conduct most of its public-facing business digitally amid the ongoing coronavirus pandemic.

(CNN) -- President-elect Joe Biden on Monday named a slate of digital operatives to his incoming White House staff, preparing for an administration that, at least at the outset, will conduct most of its public-facing business digitally amid the ongoing coronavirus pandemic.

The newly minted staffers named to the White House Office of Digital Strategy include a number of longtime Democratic operatives, many of whom worked for Biden's presidential campaign. The group will be asked to not only recreate the digital operation that helped defeat President Donald Trump, but to build out an operation that follows a president who wielded more social media power than any of his predecessors.

Biden's cash-strapped Democratic primary campaign was not the most digitally savvy operation and many Democrats believed the former vice president won the nomination despite a lack of serious investment in digital organizing and communication.

But Biden's campaign began to invest heavily in its digital operation as the Democratic primary ended and the general election began, just as almost all political campaigning moved online because of the coronavirus pandemic. Biden conducted much of his campaign in the early days of the pandemic from his home in Delaware, putting increased importance and pressure on his digital organizing operation.

Biden's digital team is expected to focus on many of the same tactics that helped the former vice president's campaign, including working directly with digital content creators and influencers to expand the administration's reach. This builds on work that was done in the final years of the Obama administration, where the president would routinely appear on platforms outside the normal venues for the commander in chief.

Biden, despite not being a digital native, was seen as a particularly digital friendly vice president during the Obama administration, where he became known for his love of whimsical things like ice cream, aviators and cars and became a fixture on satirical sites like The Onion.

"Communicating transparently and honestly with the American people is one of the most important responsibilities of a President," Biden said in a statement announcing the digital slate. "This team of diverse experts has a wide range of experience in digital strategy and will help connect the White House to the American people in new and innovative ways."

Biden's focus for the first 100 days is expected to be almost exclusively on combating the coronavirus pandemic and effectively distributing a vaccine for the virus. That work will undoubtedly intersect with Biden's digital operation, as Biden and Vice President-elect Kamala Harris work to not only encourage Americans to get the vaccine, but also combat disinformation about inoculation.

"Digital outreach will be a key pillar of the Biden-Harris Administration's engagement with the public," said incoming White House chief of staff Ron Klain. "By bringing a talented team of digital strategists to the White House, we will ensure a robust dialogue with the American people, wherever they are."

A host of other digital operatives will fill out the office of digital strategy: Abbey Pitzer as a designer, Olivia Raisner as the traveling content director, Rebecca Rinkevich and Christian Tom as the deputy directors of digital strategy and Cameron Trimble as the director of digital engagement. All worked on the Biden campaign.