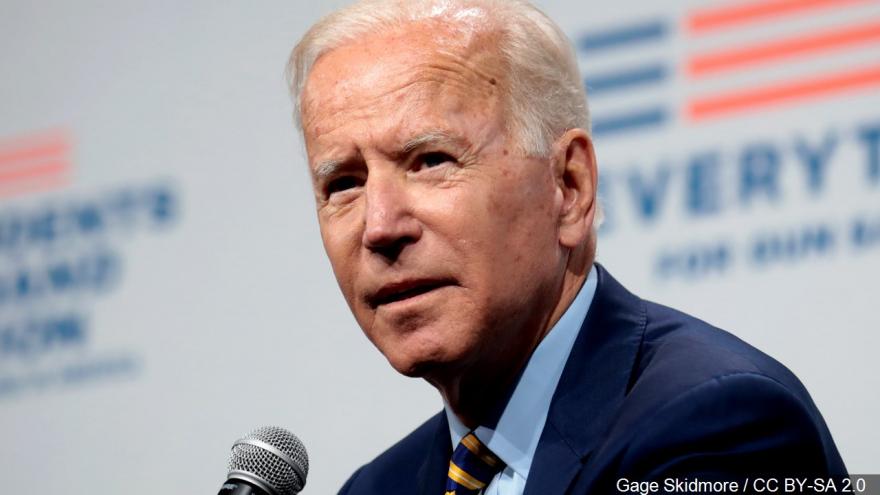 Former Sen. Christopher Dodd of Conneticut, Congresswoman Lisa Blunt Rochester of Deleware, Los Angeles Mayor Eric Garcetti and Cynthia C. Hogan, a former White House and Senate counsel to Biden, will chair the committee's search for the right woman to join Biden on the Democratic ticket. The former vice president told donors during a fundraiser Wednesday that he hopes this vetting process will be done by July.

Biden has promised to choose a woman as his running mate and said he will pick someone who is "simpatico" with his views. He also recently shared that former President Barack Obama had advised him to pick someone who "has strengths where I have weaknesses."

"Selecting a vice presidential candidate is one of the most important decisions in a presidential campaign and no one knows this more than Joe Biden," Biden campaign manager Jen O'Malley Dillon said in a statement.

"These four co-chairs reflect the strength and diversity of our party, and will provide tremendous insight and expertise to what will be a rigorous selection and vetting process. We are grateful for their service to the campaign and for their leadership."

The campaign said this committee will work in conjunction with a "network of vetting teams" that will be led by former White House counsel Bob Bauer, campaign general counsel Dana Remus and former Homeland Security Adviser Lisa Monaco.

There are a number of women who are likely to be considered and have been in regular contact with Biden during the pandemic, including Minnesota Sen. Amy Klobuchar, Massachusetts Sen. Elizabeth Warren and Michigan Gov. Gretchen Whitmer. California Sen. Kamala Harris, former Georgia House Minority Leader Stacey Abrams and Nevada Sen. Catherine Cortez Masto are all potential contenders as well.

Biden has also long made a pledge that he will have a diverse administration that "looks like America." He reiterated this point to donors Wednesday, saying his administration, cabinet, vice president and any Supreme Court nominees "will look like the country."

The presumptive Democratic nominee also said he might announce cabinet positions along with his vice-presidential pick before the election in November. He said he would consider a bipartisan cabinet, telling donors Wednesday that he would not place "any limitation on if someone were a Republican, if they're the best qualified person" to serve in a cabinet post.