Biden describes his phone call with Trump about coronavirus response 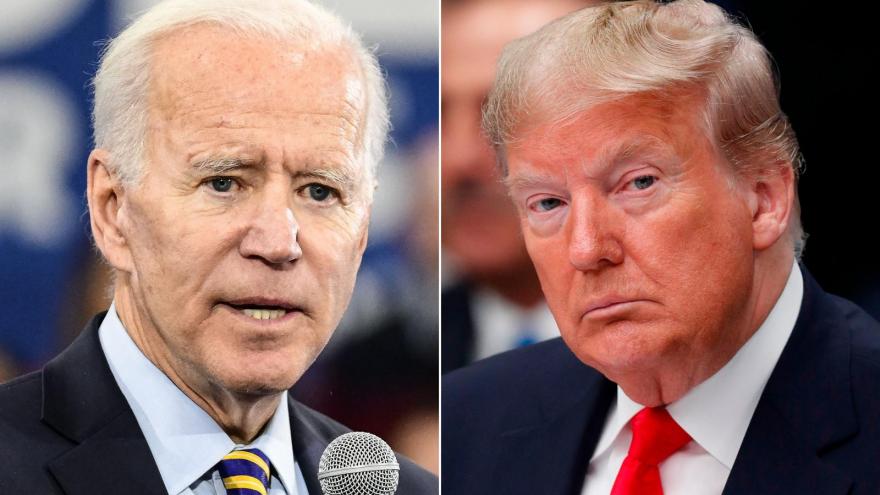 Former Vice President Joe Biden and President Donald Trump spoke by phone on Monday, April 6, about the response to the coronavirus pandemic, a source familiar with the call and a White House official tell CNN.

(CNN) -- Former Vice President Joe Biden on Tuesday said he told President Donald Trump in their phone call that the federal response to the novel coronavirus pandemic is "about taking responsibility."

The call, which took place Monday, marked a rare moment of direct communication between the two political rivals. The President has harshly criticized Biden over a range of issues for months and the former vice president has repeatedly excoriated Trump's handling of the virus outbreak.

But while speaking with CNN's Chris Cuomo on "Prime Time" Tuesday, Biden said the two "had a good conversation."

"I laid out what I thought he should be doing. I laid out four or five specific points that I thought were necessary. I indicated that it is about taking responsibility, and being the commander in chief, taking on the responsibility. He asked whether or not we would not discuss the detail of what we talked about, just saying that we had a good conversation," Biden said of the call.

"He was very gracious in his conversation. So it was -- the President -- I had an opportunity to tell him what I would have done, what I thought, the lessons we learned."

Pressed further about what he specifically told the President, Biden said he suggested that Trump fully implement the Defense Production Act, appoint a supply commander to oversee it, ramp up drug testing and open up a new enrollment period for the Affordable Care Act among other suggestions.

"And he was very gracious," Biden said. "And that was the end of the conversation."

His description of the call echoed Trump's comments Monday where he called their discussion a "wonderful, warm conversation."

"It was a very nice conversation," Trump said. "He gave me his point of view and I fully understood that."

"He had suggestions, doesn't mean I agree with those suggestions," the President said before reiterating that the conversation was "very friendly."

The conversation came at the start of what the US surgeon general said would be "hardest and the saddest" week for "most Americans' lives."

"This is going to be our Pearl Harbor moment, our 9/11 moment, only it's not going to be localized, it's going to be happening all over the country and I want America to understand that," Vice Admiral Jerome Adams said on "Fox News Sunday."