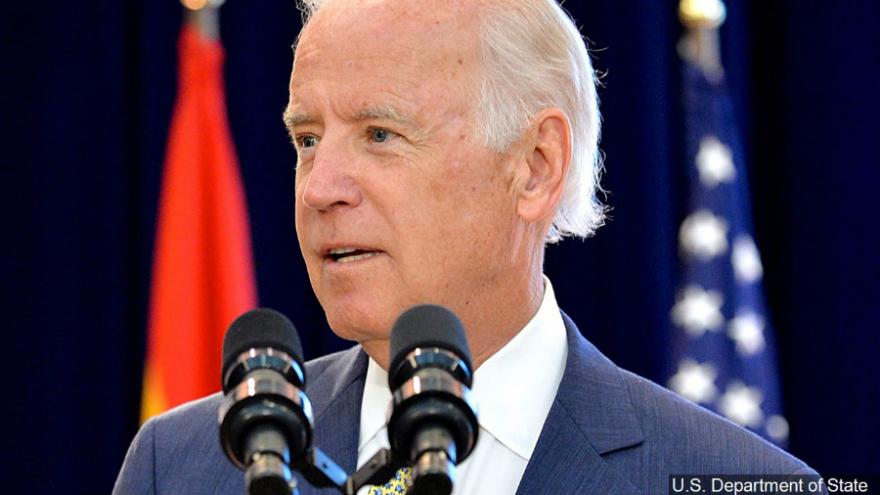 The "As You Are" campaign was launched under the former vice president's eponymous foundation, which lists LGBTQ equality as one of its pillars.

The social media campaign hopes to collect testimonies from LGBTQ youth, family members, educators and others. Those stories will be used as educational tools "with the hope that they will serve to inspire, to create communities, to heal families, and to change the broader culture to ensure a bright future for all LGBTQ young people," a news release said.

"I'm so proud to announce the Biden Foundation has launched this campaign," Biden said in the news release. "We'll use our resources to highlight the harms of family rejection -- and lift up research, best practices, and personal stories to powerfully show the significant value of family acceptance."

"LGBTQ young people should never have to face rejection from those who love them," he added in a tweet, encouraging the public to share their stories "about the importance of family acceptance, because we all deserve to be safe, loved, and affirmed."

In a video announcing the campaign, the former vice president and a number of advocates decry the rates of homelessness and suicide in the LGBTQ community.

Teens who identified as gay, lesbian, bisexual or questioning were much more vulnerable to planning or attempting suicide, according a December 2017 research letter published in the medical journal JAMA. Transgender teens were not included in that study, but research has shown that transgender youth may face a similarly high, if not higher, suicide risk. Forty percent of youth who are homeless identify as LGBT, a 2012 study from the Williams Institute at UCLA Law found.

Biden, a potential 2020 contender, has been outspoken in the past on issues of LBGTQ equality. He came out in front of his commander in chief on marriage equality, saying in early May 2012 that he was "absolutely comfortable" with same-sex marriage. At the time, then President Barack Obama still classified his views on the subject as "evolving." Days after Biden's comments, Obama announced his support.

CORRECTION: This story has been updated to reflect that Biden announced the initiative on Tuesday.