Biden makes fervent plea for stricter gun laws: 'How much more carnage are we willing to accept?' 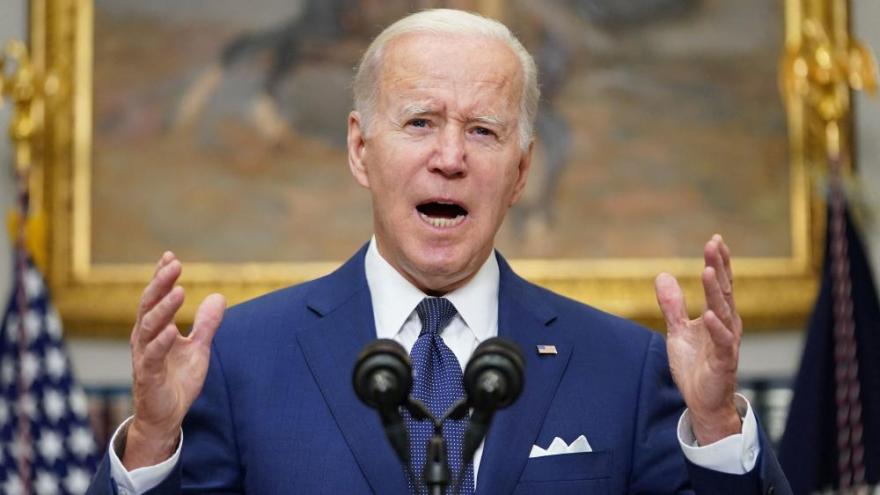 US President Joe Biden will deliver a rare evening speech on guns June 2 to press US lawmakers to take action as the US confronts another mass shooting, the White House said.

(CNN) -- President Joe Biden issued a fervent appeal Thursday for stricter gun laws -- including a ban on assault weapons, tougher background check laws and a higher minimum age of purchase -- as a spate of gun massacres have left the nation shaken and prompted new discussions on Capitol Hill about how to prevent them.

Speaking from the White House Cross Hall, where somber lines of candles had been lit as a backdrop, Biden ratcheted up pressure on Congress to act after previous shootings failed to produce any meaningful new laws.

"How much more carnage are we willing to accept?" Biden asked, demanding Republicans in particular end their blockade of gun control votes.

It was the President's most forceful and specific call for gun control since recent mass shootings in Uvalde, Texas, and Buffalo, New York. In his speech, Biden sought both to encourage action and threaten opponents of new gun laws with the wrath of voters, majorities of whom support some type of new action to prevent mass shootings.

Most, if not all, of those items currently appear unlikely to gain approval in the evenly divided Senate, where a bipartisan group of senators is currently determining where action might be possible.

Still, Biden sought to use the moment -- with Americans rattled by a seemingly unending spree of killings -- to rally the nation behind a plan that most Republicans oppose.

"My God, the fact that the majority of the Senate Republicans don't want any of these proposals even to be debated or come up for a vote, I find unconscionable," Biden said in his remarks, a rare evening address meant to reach the largest number of viewers.

"We can't fail the American people again," he continued.

Fifty-six candles burned behind him to represent victims of gun violence in all US states and territories.

The remarks amounted to Biden's most fulsome speech about guns since a massacre at a Texas elementary school last week. He said the recent spate of horrific mass shootings must impel the nation to take action to prevent further massacres by passing gun restrictions.

After meeting families mourning their slain loved ones in Buffalo and Uvalde, Biden said the message from them was clear: "Do something."

"Nothing has been done," Biden said. "This time that can't be true. This time we must actually do something."

In the little more than a week since the Uvalde shooting, a string of additional mass shootings have unfolded in states across the country, including in Tulsa on Wednesday. That shooting left five dead, including the gunman.

It was the second time Biden has delivered an emotional evening speech at the White House on mass shootings, also speaking in the wake of the Robb Elementary School assault. Since then, however, Biden has only selectively waded into the debate over gun control, stopping short of endorsing any specific legislative action to prevent further carnage.

He offered more specific calls Thursday, including saying the age to purchase assault weapons must be raised from 18 to 21 if lawmakers cannot agree on an outright ban on those firearms.

"We must at least raise the age to be able to purchase one to 21," the President said.

"For the children we've lost, the children we can save, for the nation we love, let's hear the call and the cry. Let's meet the moment. Let us finally do something."

Both Biden and his advisers have suggested they have exhausted their options on executive action to address guns, though continue to explore avenues for unilateral action.

Speaking a day after consoling families in Texas, Biden expressed limited hope that certain Republicans, like Senate Republican Leader Mitch McConnell and one of his top allies, Sen. John Cornyn of Texas, could be convinced to support some type of new gun laws.

McConnell has deputized Cornyn to begin talks with Democrats on some type of legislation to prevent further mass shootings, though the discussions are still in their preliminary stages.

Sen. Richard Blumenthal, the Connecticut Democrat who participated in a Wednesday bipartisan meeting on gun safety, said he and Republican Sen. Lindsey Graham are in talks over changes to red flag laws and there still is "significant" work to do.

Senators are looking at strengthening state laws allowing authorities to take away weapons from individuals deemed a risk, known as red flag laws.

Blumenthal called the conversation "productive and encouraging" and said negotiators are "all speaking multiple times a day."

Meanwhile, House Speaker Nancy Pelosi said she would bring legislation to ban military-style assault weapons to the floor next week as the chamber moves to address gun violence.