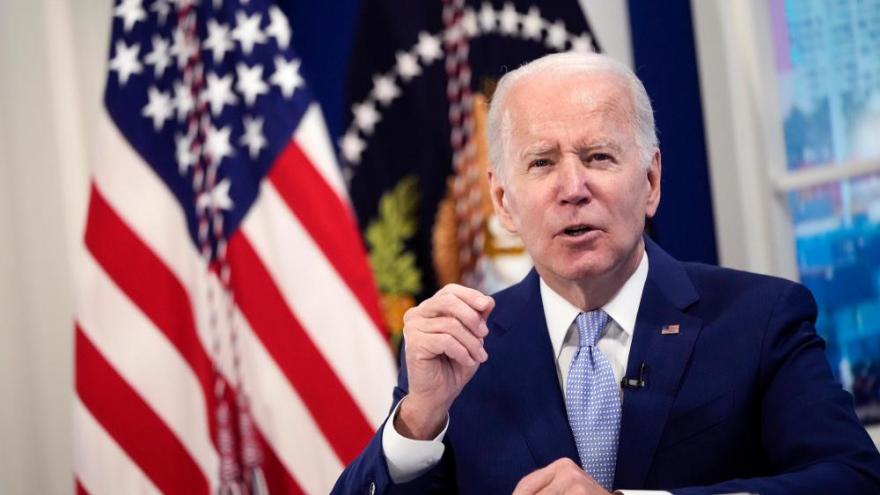 President Joe Biden on December 23 signed into law bipartisan legislation that expands funding for amyotrophic lateral sclerosis research, hailing it as in "the spirit of the season."

(CNN) -- President Joe Biden on Thursday signed into law bipartisan legislation that expands funding for amyotrophic lateral sclerosis research, hailing it as in "the spirit of the season."

The Accelerating Access to Critical Therapies for ALS Act, which overwhelmingly cleared the House and Senate earlier this month, authorizes $100 million annually for the next five years to fund early access to promising therapies for patients with ALS and other terminal diseases.

The law, Biden said Thursday, "truly represents the spirit of the season, in my view -- a season of hope and light, goodness and grace, and the power of unity and everyday Americans doing extraordinary things."

Biden on Thursday paid tribute to Lou Gehrig, the late Major League Baseball player who announced his retirement in 1939 following an ALS diagnosis, lamenting how "no cure has been found -- treatments are still limited and outcomes are still the same -- it's 82 years, with hundreds of thousands of lives lost."

"But today we're finally closer than ever to new treatments and hopefully -- hopefully, God willing -- a cure, and it's because of the movement led by the patients and caregivers and members of Congress of both parties, many of whom are joining us today virtually," the President said.

He offered a special shout-out to former Obama campaign and White House staffers Brian Wallach and Sandra Abrevaya, who, following Wallach's ALS diagnosis, "turned their pain into purpose" and advocated for passage of the legislation.

Biden also thanked the lawmakers behind the legislation, including its 331 co-sponsors in the House and 64 in the Senate, listing individual members and their respective parties in his thanks. "If you're wondering why I'm saying whether they're Democrats or Republicans -- to make the point when we act together, we get things done, and this is totally, totally, totally a bipartisan effort," the President said.

"It's about showing the American people that as a country we can come together -- Democrats, Republicans, independents -- and do big things because we have the best researchers in the world, that our democracy can deliver and there's nothing beyond our capacity when we do it together as the United States of America," Biden said as he closed his remarks. "I believe this bill is an example of that truth."