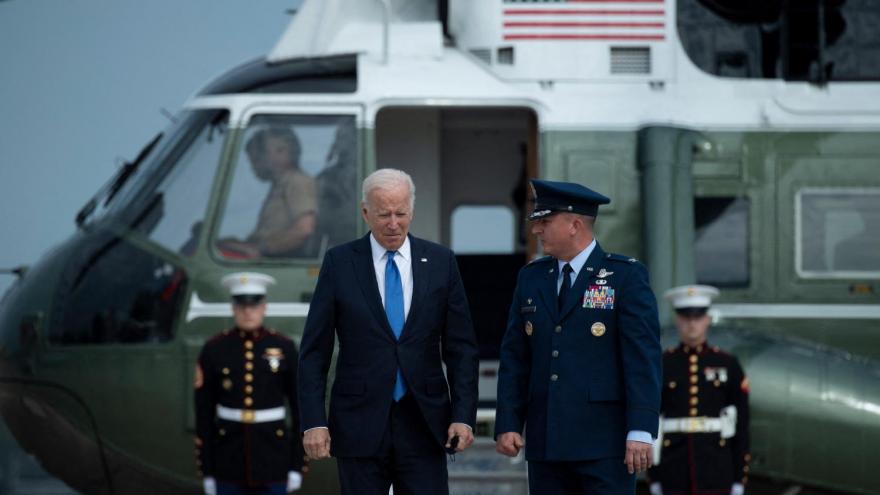 President Joe Biden on Friday said those who refuse subpoenas from the House select committee investigating the January 6 insurrection should be prosecuted by the Justice Department.

(CNN) -- President Joe Biden on Friday said those who refuse subpoenas from the House select committee investigating the January 6 riot at the US Capitol should be prosecuted by the Justice Department.

Asked by CNN's Kaitlan Collins what his message is to those who refuse subpoenas from the panel, Biden said, "I hope that the committee goes after them and holds them accountable."

Pressed on whether he thinks those people should be prosecuted by the department, the President said, "I do, yes."

The comments from the President are the strongest yet from the White House on possible repercussions for those who refuse to cooperate with the select committee's requests.

Last week, press secretary Jen Psaki declined to say whether the White House had discussed such prosecutions with Attorney General Merrick Garland or anyone at the Department of Justice.

"That would be up to the Department of Justice, and it would be their purview to determine. They're an independent agency," Psaki told reporters at a White House press briefing on October 8. "They're independent. They would -- they would determine any decision on criminal prosecutions. I'd point you to them and, of course, the committee."