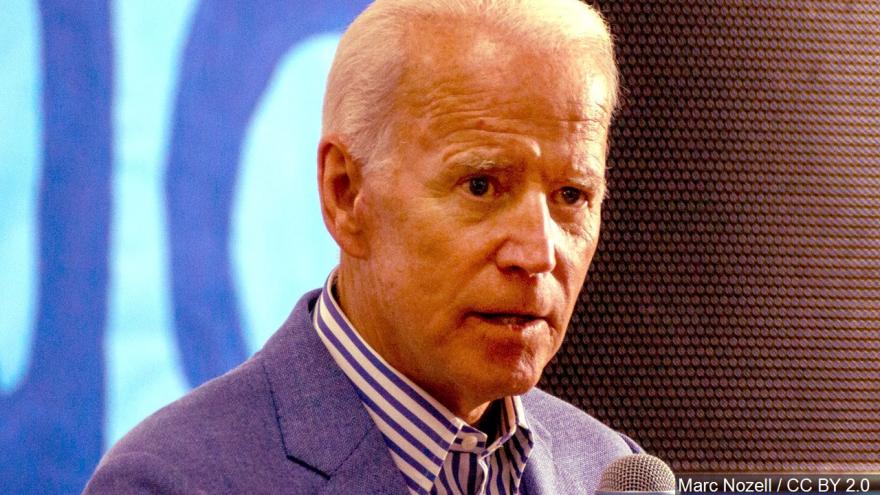 (CNN) -- Former Vice President Joe Biden said Saturday he understands why the word "boy" is offensive, but insisted his use of it at a recent fundraiser was not derogatory in nature.

"I do understand the consequence of the word 'boy,'" Biden told MSNBC's Al Sharpton after speaking at the South Carolina Democratic Party's convention. "But it wasn't said in any of that context at all."

Biden is attempting to move past the controversy that erupted Tuesday night when, at a fundraiser in New York City, he described working with segregationists in the Senate in the 1970s and 1980s and said that during that era, "at least there was some civility."

"I was in a caucus with James O. Eastland," Biden said then, referring to the notoriously racist Mississippi Democrat. "He never called me 'boy,' he always called me 'son.'"

In the interview with Sharpton, Biden sought to explain that Eastland and other senior senators dismissed younger members of the chamber, including former Massachusetts Sen. Ted Kennedy, who Biden said Eastland had called "boy."

He said he did not mean to use the word "boy" in a derogatory context aimed at black men.

"To the extent that anybody thought that I meant something different, that is not what I intended it," Biden said. "It'd be wrong for anybody to intend that."

Twenty-two Democratic presidential candidates spent the weekend campaigning in South Carolina, where the majority of the state's Democratic primary electorate is black.

Biden's comments Saturday came after New Jersey Sen. Cory Booker called on Biden to apologize, saying on CNN Wednesday that Biden's comments resonated with him on a personal level, recalling the "indignity" of "watch(ing) another man call my father 'boy'" or being called that himself.

"These are the kind of things that do cause hurt and harm," Booker said.

Biden, who had initially responded to Booker's criticism by lashing out and saying Booker is the one who should apologize, called Booker on Wednesday night. Though neither publicly apologized, they were seen speaking at Rep. Jim Clyburn's fish fry Friday evening.

Biden told CNN at the event that "no one should apologize."

Asked by reporters Saturday if the two had buried the hatchet, Booker responded that "there's no hatchet."

"I have a lot of respect and gratitude for the vice president, and I want folks to know I have nothing to apologize for when it comes to speaking truth to power. And he's a powerful person a former vice president and I hope that our candor with each other will always help to make each other better servants to the people," he said.

Biden this weekend was attempting to move past two controversies that have dogged his campaign in recent days.

He also attended a Planned Parenthood forum, where he was pressed on his recent reversal on the Hyde Amendment -- the law that prohibits federal funds from being used to pay for abortions. Biden had long supported that law; he now says he opposes it.

There, Biden said he changed his position because he is proposing an expansion of government-funded health programs such as Medicaid and Medicare to cover more low-income women. The Hyde Amendment, if left in place, would bar those women from receiving coverage for abortions -- restricting abortion access for lower-income women.

"It became really clear to me that although the Hyde Amendment was designed to try to split the difference here to make sure women still had access, you can't have access if in fact everyone is covered by a federal policy," Biden said.