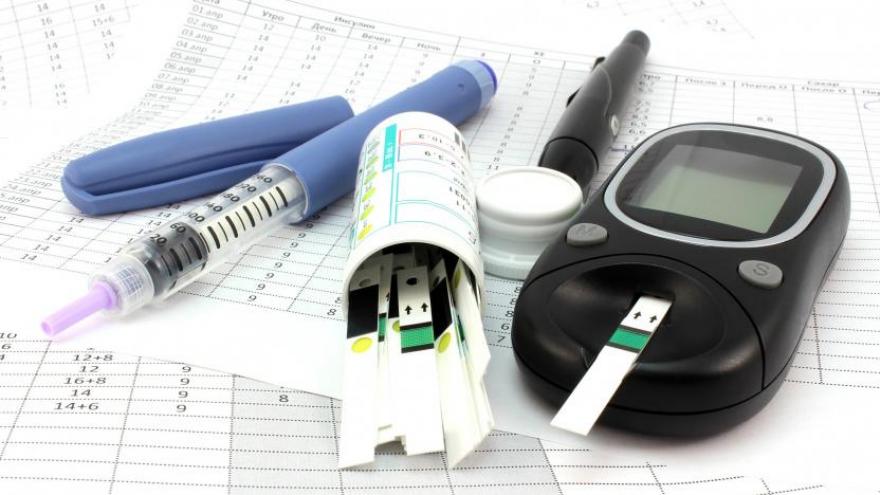 President Joe Biden will highlight provisions to lower the prices of prescription drugs in the Build Back Better Act as his signature legislation awaits Senate action.

(CNN) -- President Joe Biden said on Monday that he wants his Build Back Better bill to pass the Senate as "early" as possible but that he's dedicated to getting it approved regardless of how long it takes.

When asked whether the bill will pass the Senate by Christmas, as had originally been the Democratic goal, Biden said, "As early as we can get it. I'm willing to get it done no matter how long it takes." Senate Majority Leader Chuck Schumer is still insisting that Biden's social safety net bill can pass his chamber by Christmas -- even as doubts grow over whether such a timeline is achievable given the procedures of the Senate and the lingering differences among Democrats.

The remarks came after the President delivered a speech highlighting provisions to lower the prices of prescription drugs in the Build Back Better Act as his signature legislation awaits Senate action.

"There aren't a lot of things that almost every American can agree on, but I think it's safe to say that all of us ... can agree that prescription drugs are outrageously expensive in this country," Biden said during a speech in the East Room of the White House. "It doesn't need to be that way. Under my Build Back Better bill, which has passed the House of Representatives, it won't be the same way."

Biden met with two women who suffer from diabetes ahead of his remarks. The bill, if passed, would cap the cost of insulin at $35 per month for Medicare beneficiaries and those with private insurance.

Biden specifically highlighted "egregious" pricing of insulin in the United States -- noting that the nearly 100-year-old medicine costs less than $10 to manufacture but is priced at about $375 for a month's supply, on average, and as high as $1,000 a month for those who need to take more insulin.

He said one of the women he met with on Monday -- Sa'Ra Skipper, who has Type 1 diabetes -- told him "that affording insulin has been the challenge of her and her family's entire life. Sometimes she and her sister rationed doses."

"I've long said health care should be a right not a privilege in this country. And the women I've met with today, the millions like them, are the reason why. People for whom the cost of one drug is the difference between hope and fear, life and death, dignity and dependence," the President continued. "We're closer than ever to passing my Build Back Better bill and providing people suffering from diabetes and so many other diseases the medicines they need and the dignity they deserve ... this is not a partisan issue."

Biden called on Congress to "finish the job, to come together and make a difference in peoples' lives."

The pharmaceutical industry, however, took issue with the President's remarks and the legislation's measures.

"The bill inserts the heavy hand of government into America's medicine cabinet, and we know when government bureaucrats set the price of medicine, patients ultimately have less access to treatments and cures," said Stephen Ubl, CEO of the Pharmaceutical Research and Manufacturers of America, known as PhRMA.

The bill would empower Medicare to negotiate prices of certain costly medications administered in doctors' offices or purchased at the pharmacy. The Health and Human Services secretary would negotiate up to 10 drugs in 2025. The number would rise to up to 20 medications starting in 2028. This controversial provision, which was dropped from the package and then restored after a deal was reached in the Senate, is a far more limited proposal than the one House Democratic leaders have backed in the past.

The legislation would also impose penalties if drug companies increase their prices on many medications faster than inflation. And it would redesign Medicare's Part D drug plans by adding a out-of-pocket spending cap -- set at $2,000 for 2024 -- on medications bought at the pharmacy.

About 10 fewer drugs would be introduced in the US market over the next three decades if the bill were enacted, the Congressional Budget Office projects. About 1,300 drugs are expected to be approved over that time period under current law, the agency said.

The bill also calls for blocking the implementation of a Trump administration regulation that would change the drug industry's rebate system, though it isn't set to go into effect until 2026. The rule effectively would ban drug makers from providing rebates to pharmacy benefit managers and insurers. Instead, drug companies would be encouraged to pass the discounts directly to patients at the pharmacy counter.

Altogether, the prescription drug measures would save around $297 billion, including about $79 billion from allowing Medicare to negotiate drug prices, according to the CBO. Prior House efforts to permit drug price negotiations would have saved far more.

The Senate is back Monday, with Democratic leadership hoping to pass the bill before the holiday amid continuing reservations from key holdout Sens. Joe Manchin of West Virginia and Kyrsten Sinema of Arizona, both pushing for a series of revisions before a vote. The House passed their version of the $1.9 trillion bill to expand the social safety net last month.

Manchin is seeking to pare back the bill on paid family leave, a methane fee on emissions and a Medicare expansion to cover hearing, plus changes to its tax title provisions -- meaning there need to be major changes to the bill, making it less likely it can pass before Christmas, as Schumer has pushed.

Sinema, meanwhile, has not committed to voting for the bill but indicated last week in an exclusive interview with CNN that she plans to keep negotiating.

"When you negotiate directly in good faith with your colleagues and don't negotiate publicly, you're actually much more likely to find that agreement and get to an achievement that serves the interests of the people of your community, and that's what I'll continue to do," she said.

Last week as Biden addressed the lower-than-expected November jobs report, he made a continued push for the bill, which he said would ease long-term inflationary pressures and raise revenue, calling it "fiscally responsible."