Biden says if elected, he will pick a woman to be his vice president 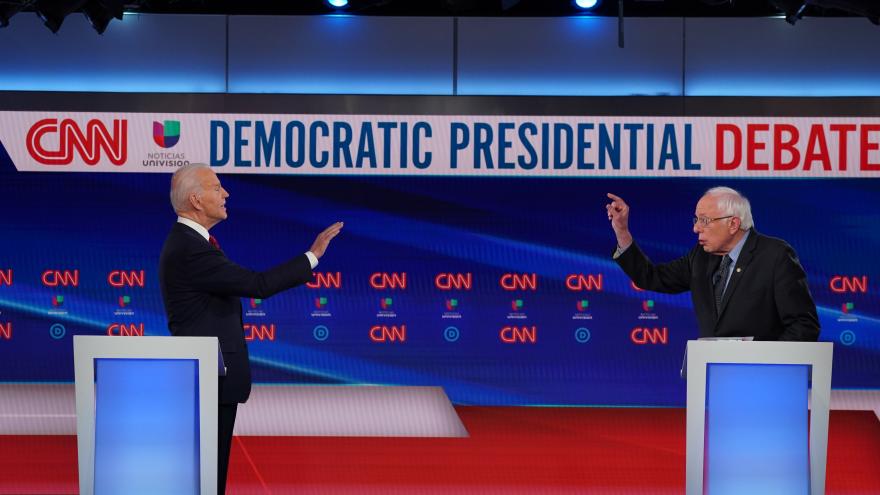 (CNN) -- Former Vice President Joe Biden said Sunday he would pick a woman to be his vice-presidential running mate.

"If I'm elected president, my Cabinet, my administration will look like the country, and I commit that I will, in fact, appoint a, pick a woman to be vice president," Biden said at the CNN-Univision debate in Washington, DC.

Biden continued, "There are a number of women who are qualified to be president tomorrow. I would pick a woman to be my vice president."

The comments come as Biden is seeing a surge in the presidential race over Vermont Sen. Bernie Sanders and seeks to broaden his appeal and unify the Democratic Party.

Sanders said that "in all likelihood" he would pick a woman to be his vice president when pressed at the debate by CNN's Dana Bash.

"For me, it's not just nominating a woman," Sanders said. "It is making sure that we have a progressive woman, and there are progressive women out there, so my very strong tendency is to move in that direction."

A wide Democratic field that saw a record number of women running for President has narrowed in recent weeks to just three candidates: Biden, Sanders and Hawaii Rep. Tulsi Gabbard. Gabbard has only won two delegates in the nominating contests and did not qualify for Sunday's debate stage.

On the campaign trail, Biden has expressed openness to choosing one of his former 2020 rivals, including Klobuchar, Harris and Warren. Harris and Klobuchar have both endorsed Biden for president.

Biden has said in the past that he would prefer to pick someone "of color and/or a different gender" as his running mate, but has until Sunday refrained from committing to picking a woman as his vice president.

The US has never had a woman president or vice president. Only two women have ever been vice presidential nominees for a major party: former Alaska Gov. Sarah Palin in 2008 and former New York Rep. Geraldine Ferraro in 1984.