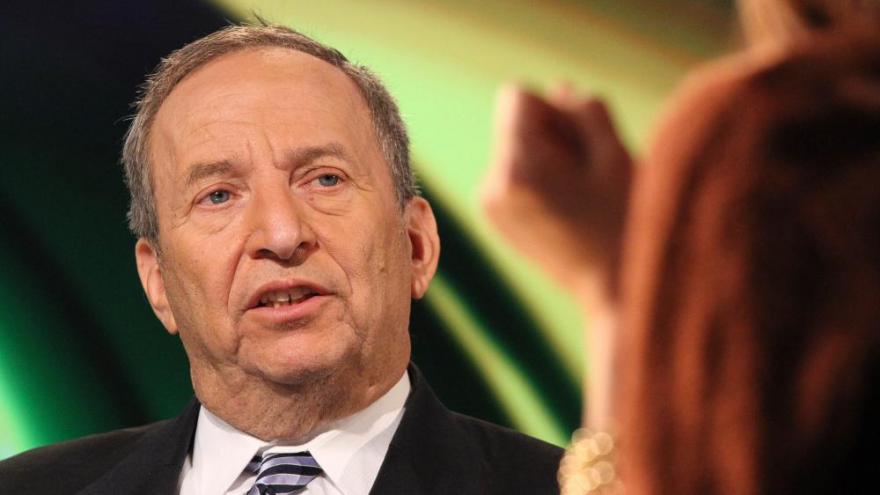 (CNN) -- President Joe Biden called prominent Democratic economist Larry Summers to discuss the economy after he raised several warnings recently over his inflation concerns, a source familiar with the call confirms to CNN.

The call, which was first reported by the Washington Post, comes as Summers has been a vocal critic of some of Biden's economic agenda and as the President proposes significant amounts of new spending through his infrastructure and jobs package. The details of the conversation are still unknown, but the revelation of the call serves as a window into how Biden is sounding out different advice as he pursues his economic agenda.

Summers, a top economic adviser to former Presidents Barack Obama and Bill Clinton, has urged the White House to shift course after the government reported higher-than-expected inflation in April, which heightened fears of fresh trouble for the recovering US economy.

"Policymakers at the Fed and in the (White House) need to recognize that the risk of a Vietnam inflation scenario is now greater than the deflation risks on which they were originally focused," Summers told CNN last month. "Whatever was the case a few months ago, it should now be clear that overheating -- not excess slack -- is the dominant economic risk facing the US over the next year or two."

At the time, Summers was speaking to CNN on the heels of a disappointing jobs report and the government reporting consumer prices rose 4.2% in April more than a year earlier, and 0.8% on a seasonally adjusted basis, between March and April. Both figures exceeded earlier forecasts, just as the 266,000 April jobs gain fell far short of expectations.

New payroll numbers for May are set to be released on Friday.

Administration economists have remained confident in their "go big" approach despite Summers' warnings, cautioning against overreacting to a single month's disappointing numbers. While they monitor conditions for signs of lasting problems, they continue to find encouragement in employment and output growth.

They acknowledge, however, that coming back from a once-in-a-century pandemic creates a heightened level of unpredictability.