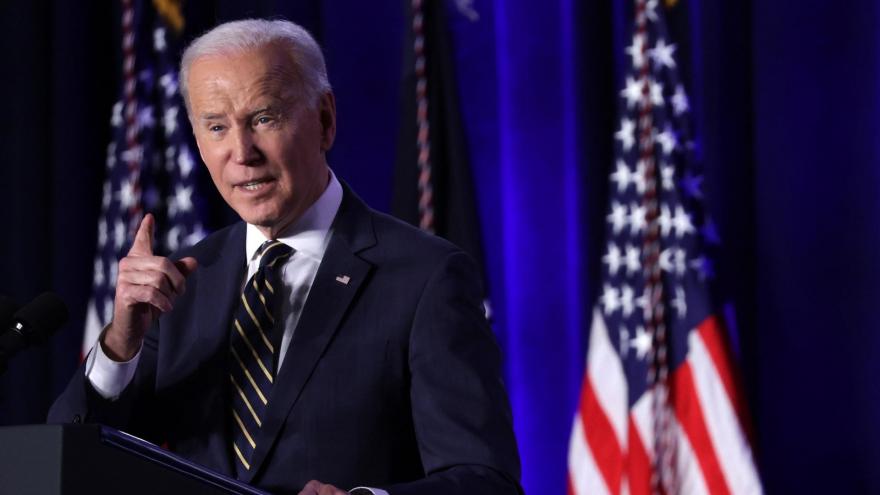 (CNN) -- President Joe Biden is set to travel to Europe next week for meetings with allies in a show of US support for Ukraine, the White House has confirmed.

Biden will join NATO world leaders in person in Brussels on March 24.

"The President will travel to Brussels, Belgium, later this month, where he will join the extraordinary NATO Summit on March 24 to discuss ongoing deterrence and defense efforts in response to Russia's unprovoked and unjustified attack on Ukraine, as well as to refer reaffirm our ironclad commitment to our NATO allies," White House press secretary Jen Psaki told reporters at Tuesday's press briefing, confirming a tweet from the US Mission to NATO.

Psaki continued, "He will also join a scheduled European Council summit to discuss our shared concerns about Ukraine, including transatlantic efforts to impose economic costs on Russia, provide humanitarian support to those affected by the violence and address other challenges related to the conflict."

The visit will mark a quickly arranged and critical meeting with key allies amid Russia's invasion of Ukraine as NATO attempts to curb Russian President Vladimir Putin's ongoing aggression.

"I have convened an extraordinary Summit on 24 March at #NATO HQ. We will address #Russia's invasion of #Ukraine, our strong support for Ukraine, and further strengthening NATO's deterrence & defence. At this critical time, North America & Europe must continue to stand together," Stoltenberg said.