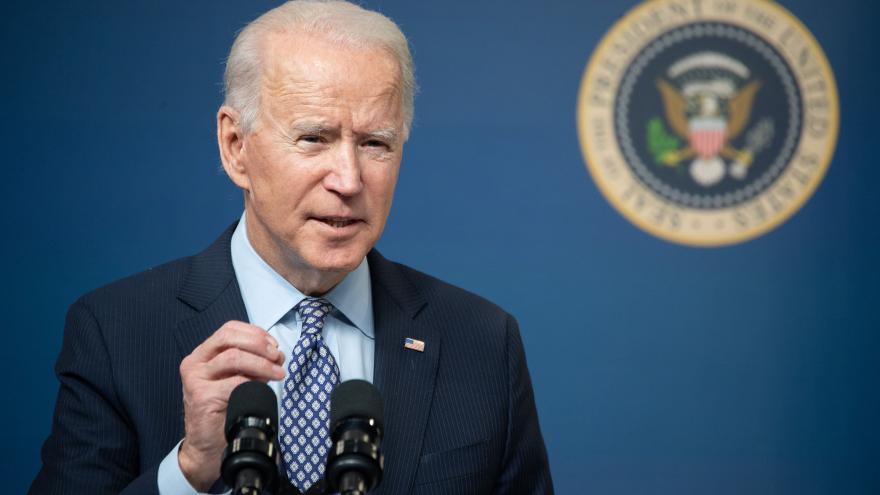 (CNN) -- President Joe Biden will praise the House of Representatives for passing his $1.9 trillion Covid relief bill as an important first step when he delivers remarks Saturday morning, according to a White House official.

Slated to speak in the Roosevelt Room before he takes off to Delaware, the President will address the country for the first time after House Democrats approved his first legislative priority. The House approved the Covid relief package early Saturday morning along party lines by a vote of 219-212, sending the bill to the Senate. It passed with no Republican support.

The official said Biden will speak broadly about the importance of passing the pandemic aid package and the pivotal role it will play in scaling up vaccination efforts and school re-openings.

While they don't expect the remarks to take long, the official cautioned, Biden will likely double down on the importance of now passing it out of the Senate to make the case that they've got to get it across the finish line there because of how much is at stake and the relief that American families need.

The Senate is expected to strip out a provision in the legislation increasing the federal minimum wage after the Senate parliamentarian ruled against including it under the procedure known as reconciliation, which Senate Democrats are using to pass the bill with a simple majority vote.

The bill would then head back to the House for a separate vote before it reaches Biden's desk to be signed into law.