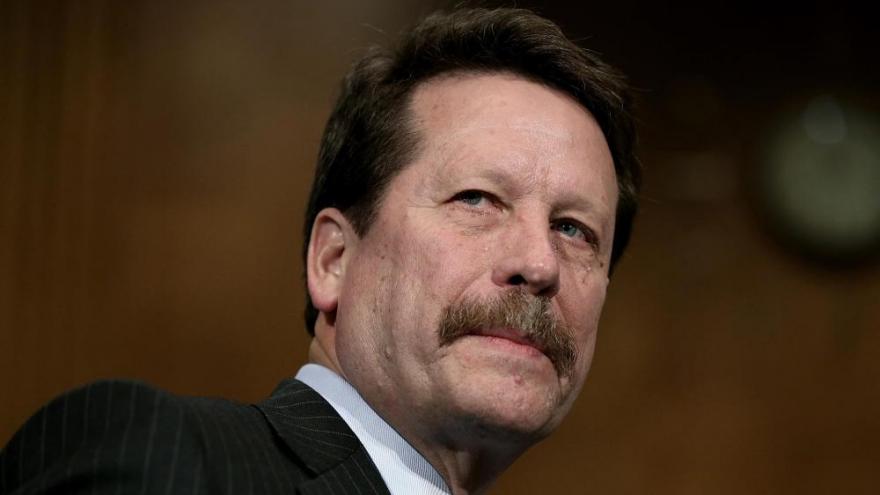 President Joe Biden will nominate Dr. Rob Califf, seen here in November 2015 in Washington, DC, to be the next commissioner of the Food and Drug Administration.

(CNN) -- President Joe Biden will nominate Dr. Rob Califf, a longtime cardiologist, to be the next commissioner of the Food and Drug Administration, a role Califf previously held during the Obama administration.

The selection, expected later on Friday, concludes a months-long search as officials struggled to find a qualified candidate who could win Senate confirmation. Politico was first to report the selection.

In choosing Califf, Biden passed over Dr. Janet Woodcock, the acting commissioner. Though Woodcock was once considered for the role, she fell out of contention after it became clear she could not win the support of critical senators who criticized her role for how liberally the FDA approved opioids when she ran the drug division within the agency.

The administration was up against a deadline to name a permanent commissioner. Legally Woodcock could not stay on as the acting head past Monday unless a commissioner had been nominated.

CNN previously reported the White House was in the process of vetting Califf for the role. Last month, CNN reported Biden had recently held a call with Califf.

Califf previously led the agency from February 2016 to January 2017. During his confirmation process he faced opposition from several Democrats, including West Virginia Sen. Joe Manchin, who criticized his ties to the pharmaceutical industry. But he was ultimately confirmed by a vote of 89-4 in the Senate.

When he was head of the FDA, Califf oversaw the controversial 2016 approval of eteplirsen, a drug used to treat Duchenne muscular dystrophy (DMD), a rare form of the genetic disorder. In a review of the decision, Califf backed Woodcock, who went against the FDA's independent advisory group that recommended against eteplirsen's approval.

DMD has no cure, and at the time the only other approved treatment was steroids, which had severe side effects. DMD primarily impacts boys and is usually diagnosed by the age of 5. Many with Duchenne rely on wheelchairs as their muscles quickly lose strength and begin to have difficulty breathing around age 20. Ultimately, many die from lung disorders within a few years after that.

At the time, members of the advisory committee disagreed whether the data proved the drug was effective, despite public pleas from families who felt their children had no other options. Dr. Ellis Unger, who was then director of the FDA's Office of Drug Evaluation, wrote that he was concerned that the drug's approval would leave the FDA "in the position of having to approve a myriad of ineffective treatments for groups of desperate patients."

Prior to running the agency, Califf served as the FDA's deputy commissioner for medical products and tobacco. He was a professor of medicine and a vice chancellor for clinical and translational research at Duke University before joining the FDA. He was also the director of the Duke Translational Medicine Institute and is the founding director of the Duke Clinical Research Institute.

This story has been updated with additional background reporting.