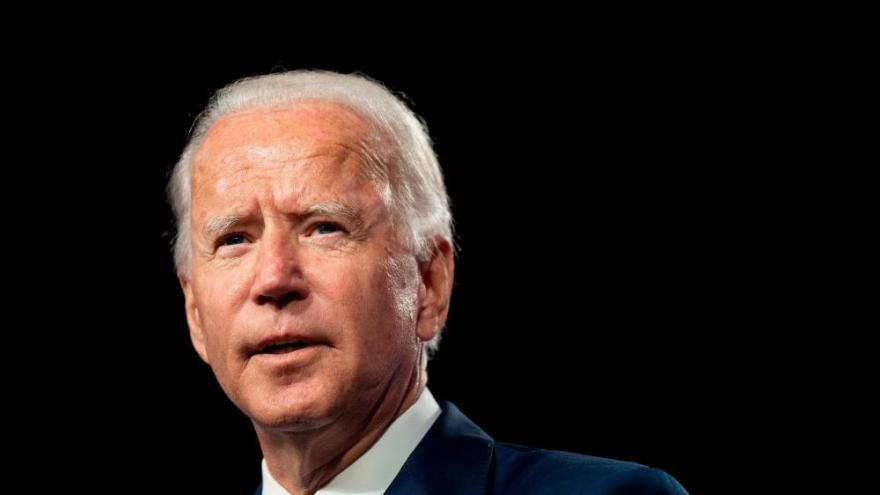 (CNN) -- President-elect Joe Biden on Thursday evening will outline a legislative package proposal for Congress to fund his incoming administration's efforts to vaccinate the country against Covid-19 and provide immediate and direct economic relief to Americans, according to his transition team.

The President-elect said earlier this week that his "number one priority" when he takes office is getting Americans vaccinated, as the coronavirus pandemic continues to devastate the country. He has also called on Congress to provide immediate economic relief to those struggling nationwide, including in the form of $2,000 stimulus checks.

CNN previously reported that Biden's advisers have recently told allies in Congress to expect a price tag of roughly $2 trillion.

The President-elect's speech will come the day after the House of Representatives voted to impeach President Donald Trump for a second time. The Senate trial could complicate and delay Biden's efforts to swiftly pass his Covid-19 relief and vaccination legislative package, as well as the confirmation hearings for his Cabinet nominees.

"I hope that the Senate leadership will find a way to deal with their Constitutional responsibilities on impeachment while also working on the other urgent business of this nation," Biden said in a statement on Wednesday evening after the vote.

He continued: "From confirmations to key posts such as Secretaries for Homeland Security, State, Defense, Treasury, and Director of National Intelligence, to getting our vaccine program on track, and to getting our economy going again. Too many of our fellow Americans have suffered for too long over the past year to delay this urgent work."

Biden, who will take office in less than a week, has called on Congress to provide the necessary funding for the nationwide vaccination effort, which he has described as "the greatest operational challenge we've ever faced as a nation."

He has pledged to distribute 100 million Covid-19 vaccine shots, which is enough to cover 50 million people for vaccines that require two doses, in his first 100 days in office.

Biden also has criticized the Trump administration's vaccination push, saying it has fallen "far behind" in both distributing and administering Covid-19 vaccines. The President-elect has pledged to ramp up vaccinations, but cautioned that even if it were increased to 1 million shots per day, it would still take months to vaccinate the majority of the population.

More than 385,000 Americans have died from the virus as of Thursday morning, according to Johns Hopkins University. About 10.3 million people have received the first dose of a Covid-19 vaccine, according to the US Centers for Disease Control and Prevention.

Biden has stressed repeatedly the importance of Congress providing immediate economic relief to Americans, particularly to those who have been hit hardest by the economic fallout amid the pandemic.

The President-elect's goal of providing $2,000 stimulus checks directly to the American people was helped by Democrats winning the Senate in a pair of runoff elections in Georgia earlier this month. Senate Majority Leader Mitch McConnell, a Kentucky Republican, rejected a bill that would have increased direct stimulus payments from $600 to $2,000. With the addition of the two Democratic senators from Georgia, Jon Ossoff and Raphael Warnock, New York Democratic Sen. Chuck Schumer will become Senate majority leader.

Brian Deese, Biden's pick to lead the National Economic Council, said on Wednesday at a Reuters Next conference that in addition to the $2,000 stimulus checks, the legislative package would address other relief measures like unemployment insurance. He said it would also ask for funding for additional Covid-19 testing, contact tracing and for schools to reopen safely.