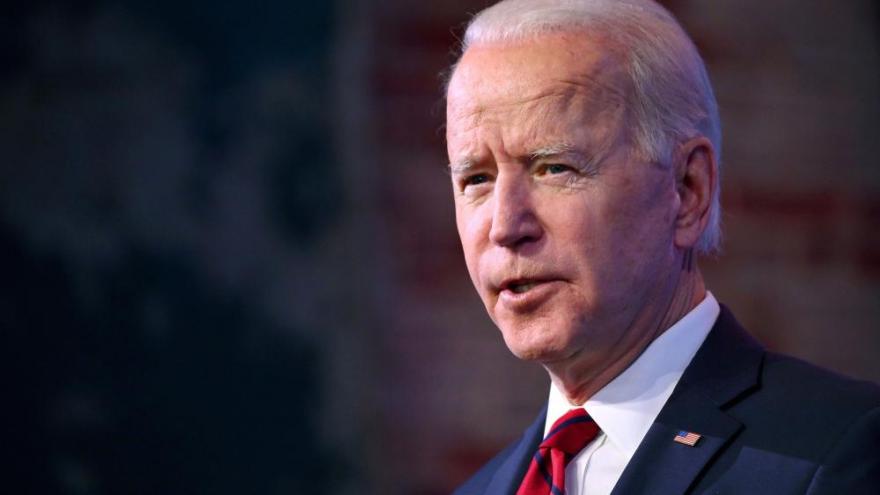 US President-elect Joe Biden will propose a sweeping immigration bill on the first day in office. Seen here, Biden delivers remarks at The Queen theater in Wilmington, Delaware on January 15.

(CNN) -- President-elect Joe Biden will unveil a comprehensive immigration plan on his first day in office, a source familiar with the proposal tells CNN, describing an agenda that provides a multi-year pathway to citizenship for the millions of undocumented immigrants currently in the United States.

The plan, which also would aim to address the root cause of migration from countries in Central America and improve the use of technology at the border, will be sent to Congress on Wednesday, shortly after Biden is inaugurated, the source said.

Biden promised during the campaign that he would make immigration reform a priority as president, a move that ran directly counter to the anti-immigration rhetoric and action that defined President Donald Trump's four years in office. The President-elect also received pressure from immigration groups throughout the campaign, many of whom worried that the deportation that happened during the Obama presidency would continue in the Biden administration.

For recipients of Deferred Action for Childhood Arrivals -- so-called Dreamers who were protected under a program first started by President Barack Obama -- the pathway would be streamlined, allowing them to apply for a green card immediately.

"It will be about creating a pathway for people to earn citizenship. We're going to reduce the time from what is now has been currently 13 years to eight years. We are going to expand protections for Dreamers and DACA recipients. "These are some of the things that we're going to do on our immigration bill. And we believe it is a smarter and a more humane way of approaching immigration."

The plan, which was first reported by the Washington Post, would also require immigrants to have been in the United States by the start of 2021, a decision made to stop any mass migration to the US-Mexico border.

Trump made immigration one of the central tenets of his presidential bid, pledging to build a wall along the US-Mexico border as a way to curb undocumented immigrants from coming to the United States. While some of the wall has been built, Trump's actions have failed to live up to his words and he leaves office with only a handful of immigration accomplishments to tout.

The likelihood of a sweeping immigration bill passing Congress is an open question. Previous attempts, like the concerted pushed to pass an immigration bill in 2013, failed, and the Republican Party now includes more immigration hardliners after four years under Trump.

"I would be privileged to work with Congress to pass immigration reform legislation that provides that path and provides a permanent solution to what is clearly a broken system," Alejandro Mayorkas, Biden's pick to lead the Department of Homeland Security, told senators on Tuesday.

This immigration plan will not be Biden's only action taken on the issue at the outset of his administration. Incoming chief of staff Ron Klain wrote in a memo over the weekend that Biden will begin the process of reunifying the families separated at the U.S.-Mexico border within his first ten days in office, and sources familiar with Biden's plans anticipate he will also issue an executive order aimed at halting the construction of Trump's border wall and reinstating the DACA program.