Biden will announce vaccination requirement across federal government on Thursday 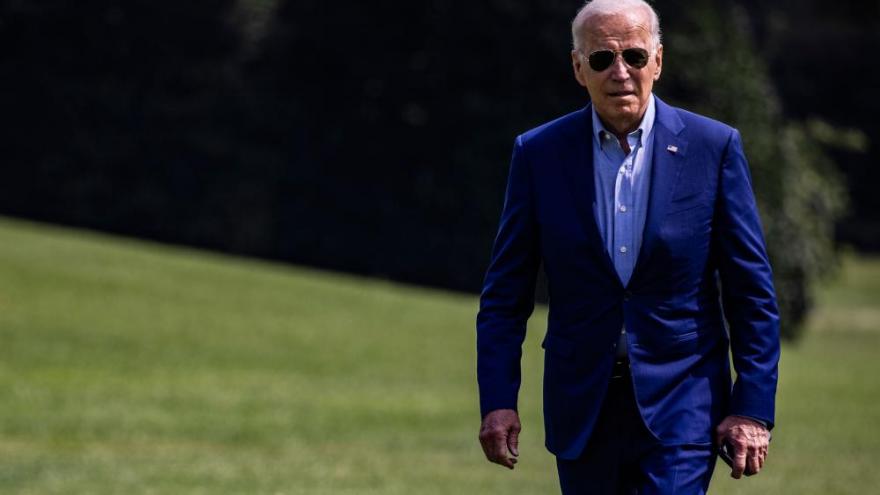 President Joe Biden said July 27 that requiring Covid vaccinations for all federal employees is "under consideration," a day after the Department of Veterans Affairs announced that health care workers at the agency must get their shots.

(CNN) -- President Joe Biden will announce on Thursday a requirement that all federal employees and contractors be vaccinated against Covid-19, or be required to submit to regular testing and mitigation requirements, according to a source with direct knowledge of the matter.

The announcement will come in remarks where Biden is also expected to lay out a series of new steps, including incentives, in an attempt to spur new vaccinations as the Delta variant spreads rapidly throughout the country. It will also follow the decision by the Department of Veterans Affairs to require its frontline health care workers to be vaccinated over the course of the next two months.

Biden alluded to the looming announcement on Tuesday.

"That's under consideration right now," Biden said, when asked if he would impose a vaccination mandate on federal workers.

While the specifics are still being finalized, the source said, federal workers would be required to attest to their vaccination status or submit to regular testing. The source said the proposal will be roughly similar to what is being implemented in New York City. Additional requirements for the unvaccinated could be added as agencies push to vaccinate their employees.

Biden will not impose the requirement on the US military, despite his authority to do so, for the time being. He is, however, likely to outline how the Department of Defense may seek to approach the issue going forward, the source said.

Asked if he thinks the new revised guidance on masks from the US Centers for Disease Control and Prevention will lead to confusion for Americans, Biden cast blame on unvaccinated Americans, saying that if they had been vaccinated "we'd be in a very different world."

"We have a pandemic because the unvaccinated and they're sowing enormous confusion. And the more we learn about this virus and the Delta variantion, the more we have to be worried and concerned. And there's only one thing we know for sure, if those other hundred million people got vaccinated, we'd be in a very different world," he said.

The administration's decision to require vaccines for VA health workers provided a powerful signal that vaccine requirements could be necessary to convince the still-hesitant to get their shots.

Furthering the case for vaccine mandates, the administration is taking steps to spell out the legal grounds upon which American entities can require employees to get shots.

Justice Department lawyers have determined that federal law doesn't prohibit public agencies and private businesses from requiring Covid-19 vaccines, even if the vaccines have only been authorized for emergency use, according to an opinion posted online Monday.

The opinion from the department's Office of Legal Counsel -- dated July 6, but released publicly Monday -- paves the way for more federal agencies and businesses to require vaccinations following the Veterans Affairs announcement about front-line health workers.

In recent weeks, Justice Department officials have been weighing requests from private businesses and federal agencies seeking legal backing for policies aimed at encouraging vaccinations, according to people briefed on the matter.