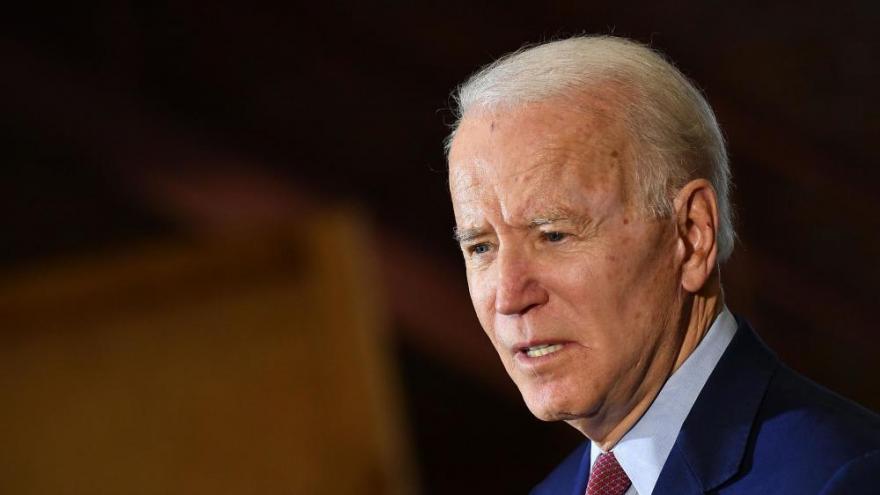 Joe Biden won 72.2% of the vote while Vermont Sen. Bernie Sanders held 27.8%, according to the party. All told, 15,428 ballots were cast in the caucuses, the party reported, which is about 38% of the total ballots sent out for the caucus.

Sanders, who suspended his campaign on April 8, has since endorsed Biden.

The caucuses were held using ranked choice voting by mail after the in-person events scheduled to take place on April 4 were canceled due to the outbreak of the coronavirus.

The party originally planned to keep the April 4 date and allow for ballot drop-offs as well as voting by mail, but later shifted the date to April 17 to enable more people to vote by mail as the outbreak worsened. All voters registered as Democrats in the state by March 20 were automatically mailed a ballot for the caucus.

Biden has won each of the six contests held on March 17 or later. Mail ballots cast in the Wyoming caucuses had to be received by Friday, but 92.6% of the total ballots cast were received before Sanders suspended his campaign.

Including the results of the Wyoming contest, Biden now holds a nearly 400 delegate lead over Sanders, according to CNN's estimate of Democratic delegates. Biden has won 1,297 delegates, Sanders 911. Sanders said he plans to continue to collect delegates through the remainder of the primaries and caucuses.