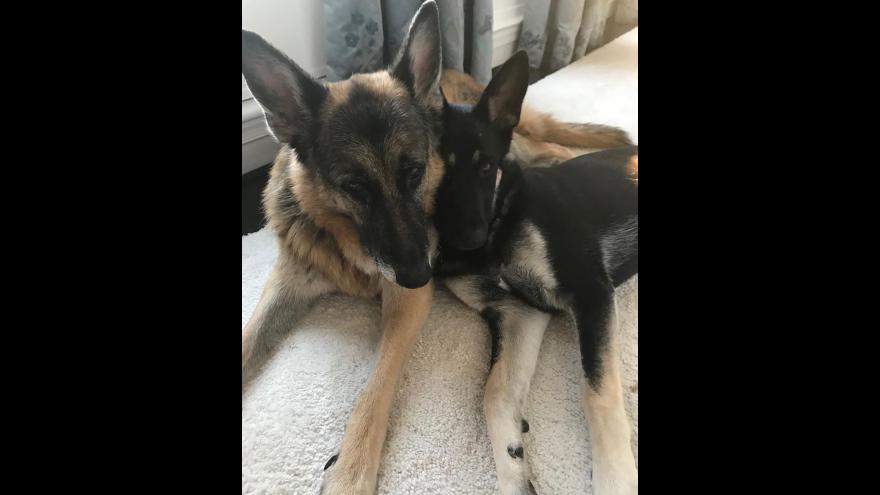 The two German Shepherds belonging to President Joe Biden and first lady Jill Biden were returned to the Biden family home in Delaware last week after aggressive behavior at the White House.

Major, who was adopted by Biden in November 2018 from a Delaware animal shelter, had what one of the people described as a "biting incident" with a member of White House security. The exact condition of the victim is unknown, however, the episode was serious enough that the dogs were subsequently moved to Wilmington, Delaware, where they remain.

"[Champ and Major] are still getting acclimated and accustomed to their surroundings and new people. And on Monday, the first family's younger dog, Major, was surprised by an unfamiliar person and reacted in a way that resulted in a minor injury to the individual," said Psaki, who added the injury was handled by the White House medical unit.

Major, who is 3 years old, is the younger of the two Biden dogs, and has been known to display agitated behavior on multiple occasions, including jumping, barking, and "charging" at staff and security, according to the people CNN spoke with about the dog's demeanor at the White House. The older of Biden's German Shepherds, Champ, is approximately 13 and has slowed down physically due to his advanced age.

The two dogs like to remain together, says one person familiar with the pets, something Biden noted last month. Biden said he adopted Major in part as a companion for Champ, to keep the older dog busy and active.

"We got Major, he's a rescue dog. We asked the vet, 'What can we do to keep Champ going?' and he said, 'Get him a young dog.' They're buddies," Biden told the media on Valentine's Day while walking the two German Shepherds unleashed on the North Lawn.

Champ and Major moved into the White House in January, less than a week after Biden's inauguration.

"I've been getting obsessed with getting our dogs settled because we have an old dog and we have a very young dog," Jill Biden told Kelly Clarkson last month during an appearance on "The Kelly Clarkson Show." "They have to take the elevator, they're not used to that, and they have to go out on the South Lawn with lots of people watching them. So that's what I've been obsessed with, getting everybody settled and calm."

Biden also said the only place the dogs are not allowed is on the furniture, though she admitted to catching Major on the couch. "They run all over," said Biden.

Playtime with Major was the culprit of Joe Biden's November foot injury, which resulted in hairline fractures and the wearing of a corrective boot.

Biden described the incident during an interview with CNN shortly thereafter. "What happened was I got out of the shower. I got a dog and anybody who's been around my house knows -- dropped, little pup dropped a ball in front of me, and for me to grab the ball," Biden explained. "And I'm walking through this little alleyway to get to the bedroom, and I grabbed the ball like this and he ran. And I'm joking, running after him and grab his tail. And what happened was that he slid on a throw rug, and I tripped on the rug he slid on," he said. "Oh man, not a very exciting story."

Psaki at Tuesday's press briefing said the trip to Delaware by the family dogs was "previously planned already," and that they were being cared for there by "family friends." Psaki did not say when exactly the dogs might return to the White House, only that it will be "soon."

The first lady departed Monday afternoon for a two-day trip to Washington and California to visit military bases and is expected to return to the White House on Wednesday.

This story has been updated with details from the White House.