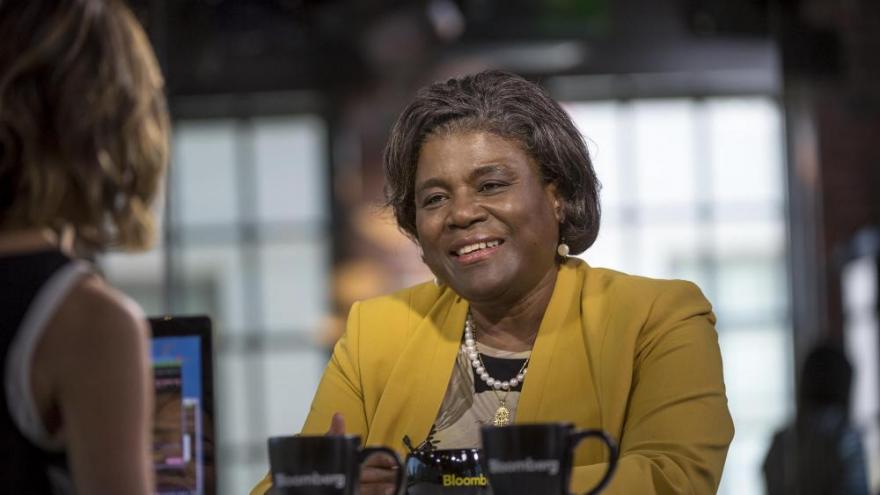 (CNN) -- President Joe Biden's nominee for US ambassador to the United Nations pledged to hold China to account in the international body and expressed deep regret for a 2019 speech at a university event backed by a Chinese government-funded organization.

In a hearing heavily dominated by questions on China, Linda Thomas-Greenfield called for the United States' renewed engagement at the UN, and also addressed questions on a broad range of challenges and foreign policy matters that may confront her if confirmed.

"When America shows up -- when we are consistent and persistent -- when we exert our influence in accordance with our values -- the United Nations can be an indispensable institution for advancing peace, security, and our collective well-being," she told the Senate Foreign Relations Committee Wednesday.

"If instead we walk away from the table, and allow others to fill the void, the global community suffers -- and so do American interests," she said. "In particular: We know China is working across the UN system to drive an authoritarian agenda that stands in opposition to the founding values of the institution -- American values. Their success depends on our continued withdrawal. That will not happen on my watch."

Thomas-Greenfield, a respected career diplomat who was forced out of the State Department at the beginning of the Trump administration, faced repeated questions about a speech she gave at a Confucius Institute event in October 2019 at Savannah State University, a historically Black university.

Confucius Institutes operate on US college campuses and are funded by the Chinese government to provide language and cultural programming. They have drawn scrutiny from lawmakers on both sides of the aisle, and a 2019 bipartisan report from the Senate's Permanent Subcommittee on Investigations stated that "the Chinese government controls nearly every aspect of Confucius Institutes at U.S. schools, including its funding, staff, and all programming" and that "has veto authority over events and speakers."

Many Confucius Institutes, including the one at Savannah State, have shuttered.

Thomas-Greenfield told lawmakers she regretted accepting the invitation to give the speech, calling it "truly a huge mistake on (her) part."

"This is one speech in my 35 year career. And I do regret that speech," she added. "But if you look at what I have done prior to that, there is no question that I understand, I am not at all naïve about what the Chinese are doing. And I have called them out on a regular basis, including today."

Thomas-Greenfield said she would continue to call out China if confirmed to lead the US Mission to the UN.

"I see what they're doing at the United Nations as undermining our values, undermining what we believe in. They're undermining our security. They're undermining our people. And we need to work against that," she said. "I want to say in no uncertain terms that I look forward to working with this body to address these issues. You've taken some incredible steps, such as, and seeing some of the reports that this body has taken related to China, and I support all of those steps. And I will be working aggressively against Chinese malign efforts in New York."

She also spoke out against atrocities committed by the Chinese government against the Uyghurs and other ethnic and religious minorities in Xinjiang. They were designated as genocide by former Secretary of State Mike Pompeo in his last full day in office.

"What is happening with the Uyghurs is horrendous and we have to recognize it for what it is. I lived through and experienced and witnessed a genocide in Rwanda. So I know what it looks like and I know what it feels like. And this feels like that," she said. However, Thomas-Greenfield noted that the State Department is conducting a review of the 11th hour genocide designation "now because all of the procedures were not followed." CNN has reached out to the State Department for comment.

Will work to constrain Iran

Thomas-Greenfield did say she would work to find areas of common ground with both China and Russia in trying to constrain Iran.

"President Biden has made very clear, both during the campaign, and you heard it from Secretary Blinken here when he testified last week, that we will work and make every effort to ensure that the Iranians do not gain access to a nuclear weapon," she said at her confirmation hearing. "Unfortunately over the past four years, we've seen a tremendous amount of backtracking since we pulled out of the agreement. And we will be working with our allies, our friends, but we also have to work with other members of the Security Council to ensure that we hold Iran accountable."

Thomas-Greenfield was introduced at the hearing by Republican Sen. Bill Cassidy, a fellow Louisianan, and Democratic Sen. Chris Coons.

The longtime diplomat vowed to work with Congress if confirmed, saying, "I want the conversation and collaboration we begin today to continue throughout my service as ambassador.

Thomas-Greenfield began her career in the foreign service in 1982. In her 35-year tenure, she has served as the director general of the Foreign Service, held an ambassadorship in Liberia and postings in Geneva, Pakistan, Kenya, Gambia, Nigeria and Jamaica, and was the top diplomat in the Bureau of African Affairs. She retired in 2017 after being pushed out of the department under then-Secretary of State Rex Tillerson.