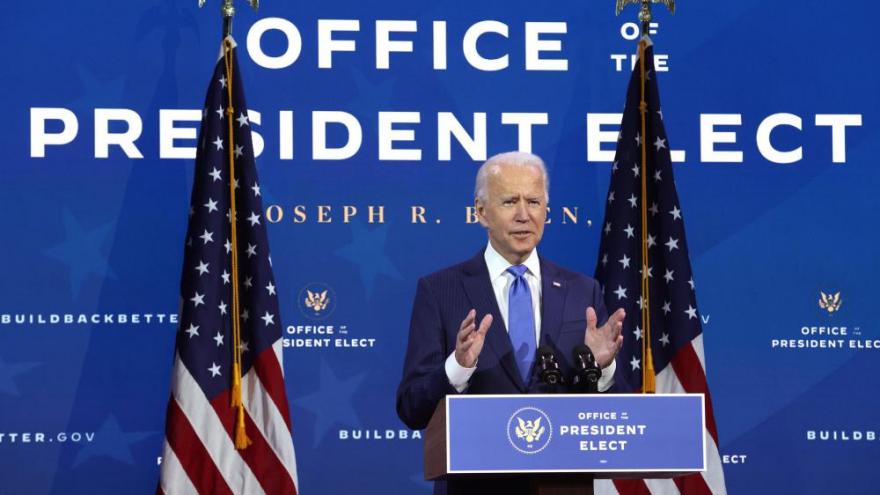 As of Friday morning, Biden had won about 81.2 million votes, the most votes a candidate has won in US history, and Trump had won about 74.2 million. Trump's vote count makes him the second-highest vote earner in American history.

Despite Biden's decisive victory and the Trump administration starting the formal presidential transition process, the President has refused to concede the race and continues to make baseless claims about widespread voter fraud.

Americans voted by mail in record numbers this year to protect themselves from the coronavirus pandemic, and experts had warned that as a result, there would be a lengthy vote count that would likely not resolve until days or weeks after Election Day.

A number of states have certified their election results, including Pennsylvania, Wisconsin, Nevada, Georgia and Michigan.

The certifications have dealt significant blows to the Trump campaign's futile attempt to overturn the election results. The campaign has mounted legal challenges that have failed to gain any traction, with many of the cases being dismissed by judges for lack of evidence.

On Tuesday, Biden introduced a diverse economic team, including Janet Yellen, who would be the first woman as Treasury secretary if confirmed by the Senate. Last week, Biden named several members of his foreign policy and national security teams, including Avril Haines, who would be the first woman to lead the US intelligence community if confirmed.