Bidens to travel to Florida in wake of building collapse 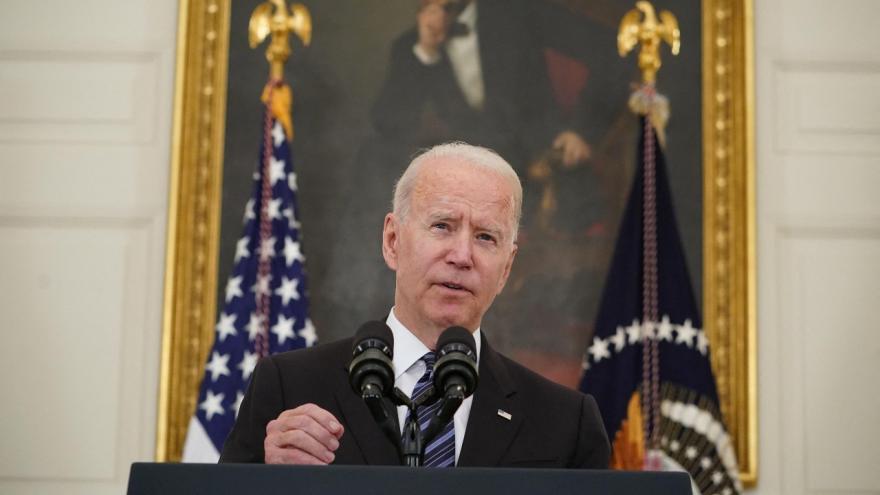 At least 11 people are dead and 150 people are unaccounted for, while search and rescue teams continue to race to find the missing. No survivors have been found since last week.

Biden told reporters at the White House earlier on Tuesday he would travel to Florida, "as soon as we can, maybe as early as Thursday."

A White House official says the administration has been coordinating closely with officials in local and state departments ahead of Biden's visit to Florida on Thursday to ensure that no resources being used in the search-and-rescue operation are diverted.

Typically, local police and fire departments are involved in a presidential visit securing roads and being on stand-by in the event of an emergency. The White House received assurances that the teams on site at the condo collapse won't be pulled away for Biden.

The details of his stop were still being determined, including whether he will visit the actual site or meet with family members of those who have died or are still missing. Part of his visit will likely include thanking first responders and Federal Emergency Management Agency personnel who are on the scene.

Also to be determined is whether he will meet with Florida Gov. Ron DeSantis, who toured the site with FEMA Administrator Deanne Criswell this weekend.

Biden spoke to DeSantis by phone at the end of last week.

The President issued an emergency declaration to authorize federal assistance and on Friday said his administration was doing everything in its power to be of assistance to those affected.

The cause of the collapse is still unknown, but a letter sent months before the deadly collapse warned damage to the building was accelerating after a 2018 report raised concerns about structural damage.

Biden spent the weekend with family at Camp David but officials said the President received briefings each day over the phone and from a traveling national security adviser, Yohannes Abraham.

Surfside Mayor Charles Burkett told CNN's John Berman on "New Day" that there are "waves of men and women" involved in the search and rescue effort of the collapsed building. He said there are concerns about falling debris at the site.

Criswell said Tuesday the devastation at the site is "difficult to put into words." She praised local rescue efforts and also noted FEMA is on the ground and has a recovery center that is working with families and loved ones impacted by the collapse.

"Our hearts go out to all the families and loved ones that have been impacted by this event," Criswell said at a congressional hearing Tuesday.