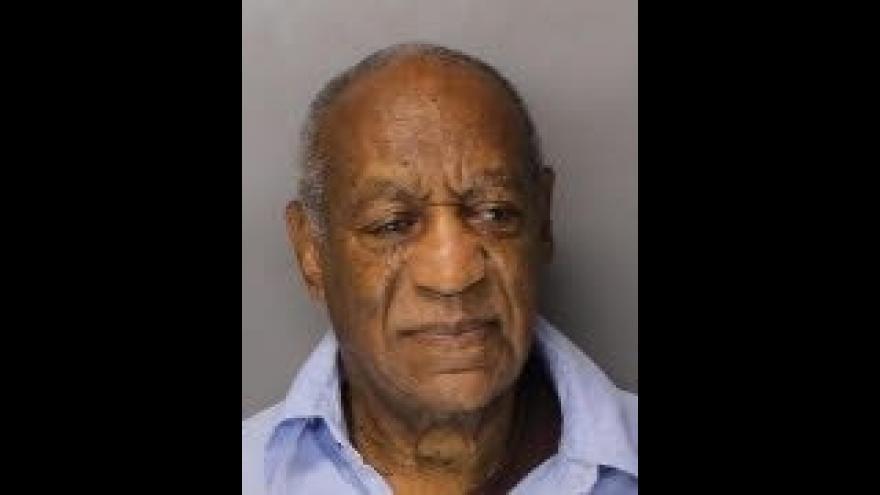 In his first public statement from prison, Bill Cosby said he will never have remorse for his crimes and called himself a political prisoner.

(CNN) -- In his first public statement from prison, Bill Cosby said he will never have remorse for his crimes and called himself a political prisoner.

"My political beliefs, my actions of trying to humanize all races, genders and religions landed me in this place surrounded by barb wire fencing, a room made of steel and iron," the comedian said in a statement released through his press spokesman, Andrew Wyatt.

Cosby, 81, also noted that his cell at SCI Phoenix, the prison outside Philadelphia where he is serving his sentence, "resembles the quarters of some of the Greatest Political Prisoners -- Martin Luther King Jr., Mahatma Gandhi, Nelson Mandela, Randal Robinson, and Dr. Benjamin Chavis."

Cosby's statement was made public Wednesday after Wyatt spoke with WCAU in Philadelphia for a TV interview and revealed new details about the comedian's time behind bars.

Cosby, once known as "America's Dad," was sentenced in September to three to 10 years in prison for drugging and sexually assaulting Andrea Constand at his home in 2004.

He's being held at SCI Phoenix, a maximum security prison outside Philadelphia, and was recently moved to the prison's general population. He spent a few months in a single cell in a unit adjacent to the infirmary, said Amy Worden, press secretary for the Pennsylvania Department of Corrections.

'He did nothing wrong'

Wyatt and Cosby's attorneys have been visiting the comedian in prison. They've seen Cosby smiling and taking the time to develop new projects, Wyatt said in the NBC10 interview.

"When I visit him it's nothing sad about it," Wyatt said. "He's not sad, he's not remorseful because he did nothing wrong."

"The sheer volume of people coming forward making an accusation doesn't mean that it's true. And what America has said is that women don't lie. Women do lie," Wyatt added.

In his statement, Cosby agreed with Wyatt's comments and argued that he was convicted even after authorities decided not to press charges against him in 2005 and when he reached a multimillion-dollar settlement for a civil lawsuit filed by Constand, one of the dozens of women who have publicly accused the comedian of sexual assault.

He believes it was the political aspirations of a district attorney and a judge that landed him in prison, according to the statement.

Cosby's lengthy path to conviction began in 2004 when Constand accused him of sexual assault. A decade later, dozens of women came forward with accusations that Cosby had drugged and assaulted them in similar incidents over his career as a powerful media figure.

He was arrested in 2015 after a new team of prosecutors took up Constand's case, which was the only case that occurred within the statute of limitations.