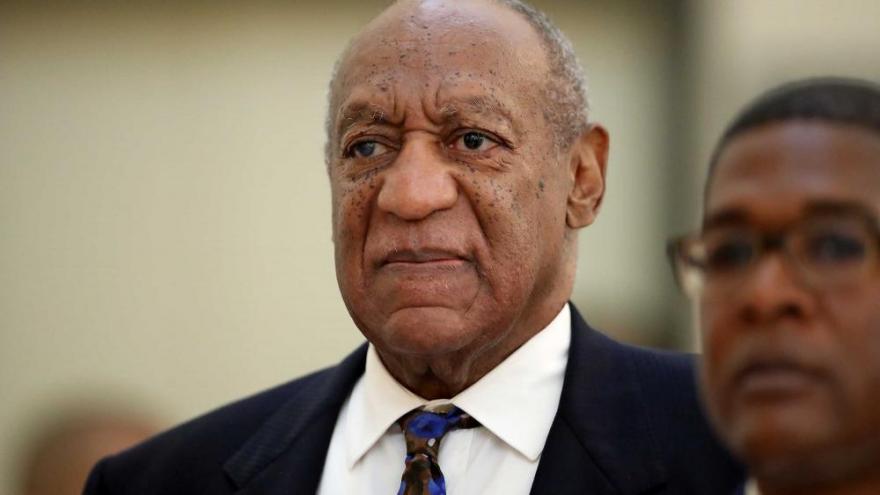 NORRISTOWN, PA - SEPTEMBER 24: Actor and comedian Bill Cosby returns to the courtroom after a break with his spokesman Andrew Wyatt at the Montgomery County Courthouse, during his sexual assault trial sentencing in Norristown, Pennsylvania, U.S. September 24, 2018. (Photo by David Maialetti/Pool/Getty Images)

(CNN) -- Bill Cosby's legal team is set to argue in Pennsylvania Supreme Court on Tuesday that two key decisions in his criminal trial were wrongly decided.

Cosby, 83, is more than two years into a 3-to-10-year sentence at a prison outside Philadelphia for drugging and sexually assaulting a former Temple University employee at Cosby's home in 2004.

Since his conviction in 2018, his attorneys have said they will appeal the case, and the Pennsylvania Supreme Court in June granted him the ability to appeal two issues.

The charges in the criminal case centered on allegations from Andrea Constand, the former Temple employee who testified Cosby drugged and assaulted her. But at his criminal trial, Montgomery County Judge Steven O'Neill allowed five other women, including supermodel Janice Dickinson, to testify that Cosby had incapacitated and assaulted them in other incidents.

Prosecutors said these "prior bad act" witnesses showed Cosby had a pattern in his assaults. Cosby's legal team has argued that their testimony was old and different from the criminal accusations and should not have been allowed in court.

In addition, the trial featured Cosby's deposition in a civil lawsuit in which he admitted that he procured Quaaludes for women he wanted to have sex with.

Cosby's attorneys have argued that he only answered deposition questions because Bruce Castor, the district attorney at the time, promised to never bring a criminal case based on the allegations.

Both parties are expected to present their arguments to the court on Tuesday, but a ruling is not expected for months.