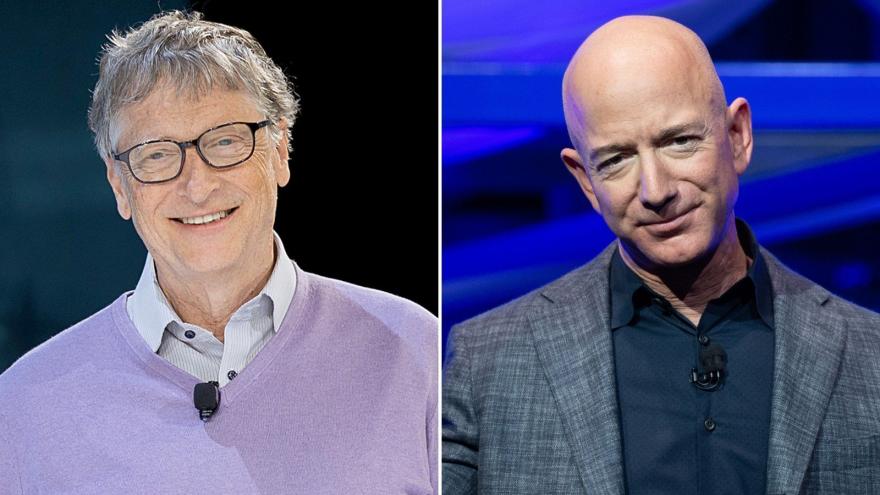 On Friday, Gates surpassed Amazon CEO Jeff Bezos to reclaim the distinction of richest person in the world, with a net worth of $110 billion, according to the Bloomberg Billionaires Index.

It's the first time the co-founder of Microsoft has held the top spot in over two years. He briefly topped Bezos last month after Amazon reported that its profit for the three months ending in September fell nearly 28% from a year earlier. But Gates' time at the top was short-lived.

He has regained the lead because Microsoft shares are up nearly 48% this year, which helped boost the value of his stake in the company. In October, Microsoft beat out Amazon for a $10 billion cloud-computing contract with the Pentagon, adding some additional drama to the Gates/Bezos wealth race.

Bezos, who this year paid out a significant portion of his Amazon stake in his divorce from his wife of 25 years MacKenzie Bezos, now sits at second with a net worth of $108.7 billion.

Gates recently commented on his wealth in response to a wealth tax proposed by some Democratic political candidates, including Sen. Elizabeth Warren.

He said he's paid more than $10 billion in taxes already and it would be fine with him to up that to $20 billion. However, having to pay $100 billion would prompt him to start "to do a little math about what I have left over."