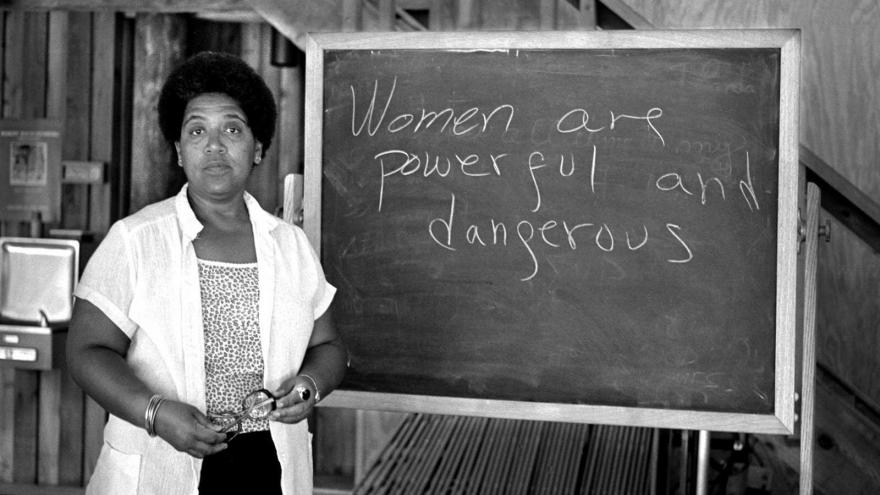 Audre Lorde's career as a teacher and a writer spanned decades. In her work, she called out racism and homophobia.

Her career as a teacher and a writer spanned decades and though she died almost 30 years ago, much of the work she left behind is still cherished and quoted today.

Born to immigrant parents from Grenada, Lorde was raised in Manhattan and published her first poem while still in high school. She served as a librarian in New York public schools before her first book of poetry was published in 1968.

In her work, she called out racism and homophobia and chronicled her own emotional and physical battle with breast cancer. Her writing also humanized Black women in a way that was rare for her time.

As a Black queer woman, Lorde sometimes questioned her place in academic circles dominated by White men. She also battled with feminists she saw as focusing primarily on the experiences of White middle-class women while overlooking women of color.

Although she faced criticism from conservatives such as Sen. Jesse Helms over her subject matter, her work was widely lauded for its power.

In her later years, she founded a small press to publish the work of Black feminists and served as the state poet laureate of New York.

In an anthology of Lorde’s poetry and prose published last year, writer Roxane Gay put it like this: “Her work is something far more than something pretty to parrot … She made herself, and all black women, gloriously visible.”