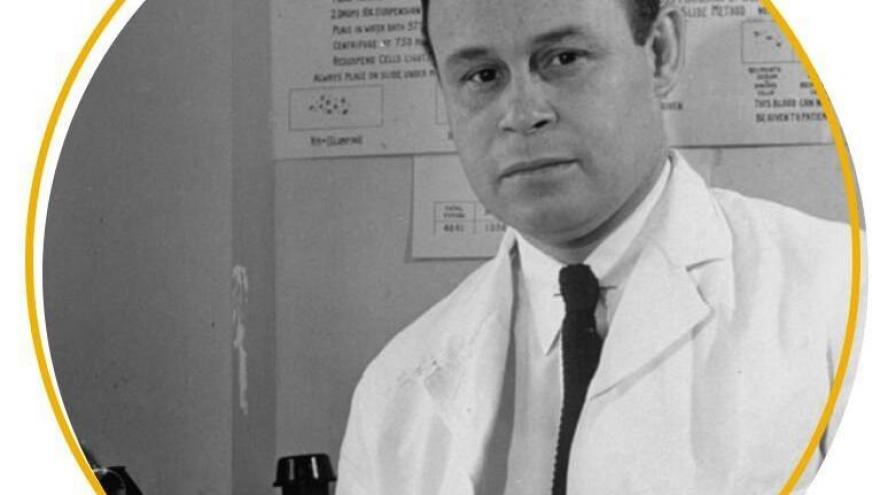 (CNN) -- Anyone who has ever had a blood transfusion owes a debt to Charles Richard Drew, whose immense contributions to the medical field made him one of the most important scientists of the 20th century.

Drew helped develop America’s first large-scale blood banking program in the 1940s, earning him accolades as “the father of the blood bank.”

Drew won a sports scholarship for football and track and field at Amherst College, where a biology professor piqued his interest in medicine. At the time, racial segregation limited the options for medical training for African Americans, leading Drew to attend med school at McGill University in Montréal.

He then became the first Black student to earn a medical doctorate from Columbia University, where his interest in the science of blood transfusions led to groundbreaking work separating plasma from the blood. This made it possible to store blood for a week – a huge breakthrough for doctors treating wounded soldiers in World War II.

In 1940, Drew led an effort to transport desperately needed blood and plasma to Great Britain, then under attack by Germany. The program saved countless lives and became a model for a Red Cross pilot program to mass-produce dried plasma.

Ironically, the Red Cross at first excluded Black people from donating blood, making Drew ineligible to participate. That policy was later changed, but the Red Cross segregated blood donations by race, which Drew criticized as “unscientific and insulting.”

Drew also pioneered the bloodmobile — a refrigerated truck that collected, stored, and transported blood donations to where they were needed.

After the war, he taught medicine at Howard University and its hospital, where he fought to break down racial barriers for Black physicians.