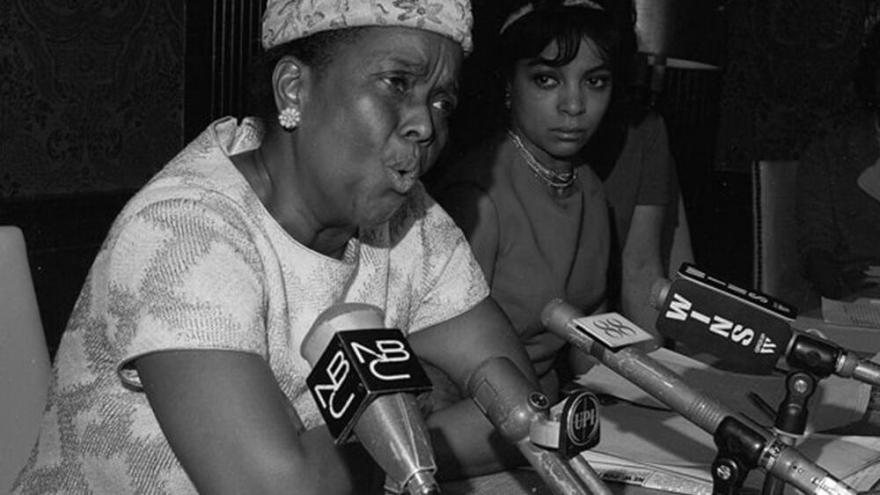 (CNN) -- She played a major role in three of the biggest groups of the civil rights movement, but Ella Baker somehow still remains largely unknown outside activist circles.

Baker grew up in North Carolina, where her grandmother’s stories about life under slavery inspired her passion for social justice.

As an adult, she became an organizer within the NAACP and helped co-found the Southern Christian Leadership Conference, the organization that the Rev. Martin Luther King Jr. led. She also helped found the Student Nonviolent Coordinating Committee (SNCC).

For her efforts, Baker has been called the “mother of the civil rights movement.”

Baker was best known not as a frontline leader but a mentor to some of the biggest leaders in the movement. She taught volunteers that the movement couldn’t depend solely on charismatic leaders and empowered them to become activists in their own community.

This is the approach that guided SNCC when it embarked on its Freedom Summer voter registration drive in Mississippi in 1964. Baker often risked her life going into small Southern towns to organize.

“The major job,” she once said, “was getting people to understand that they had something within their power that they could use.”

Baker had reason to distrust charismatic leaders. Many of the biggest leaders of the civil rights movement came from a Black church tradition where women were expected to be submissive.

Nobody ever accused the strong-willed Baker of taking a back seat to anyone.

Her relationship with King is still a matter of debate. King had trouble with assertive women like Baker, historians say, and she eventually left the SCLC.

She still made her mark. Many of the biggest civil rights leaders credit Baker, not King, as their inspiration. SNCC activists called her “Fundi,” a Swahili word for a person who teaches a skill to the next generation.