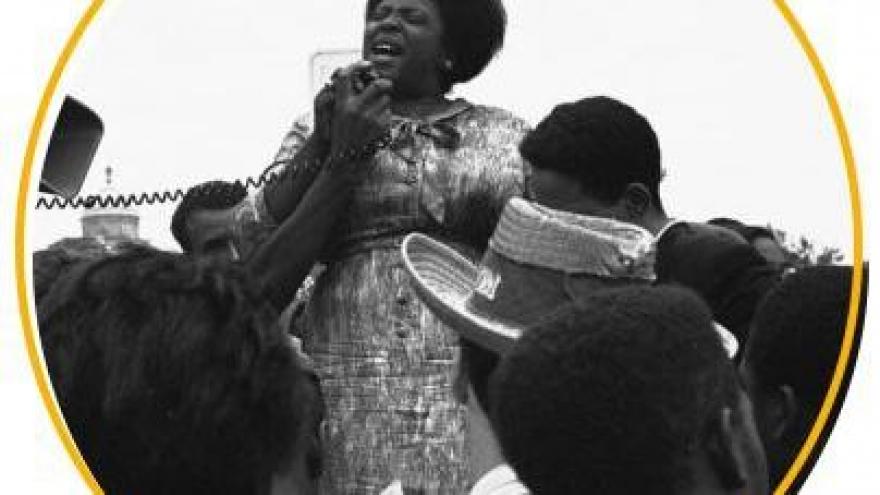 Fannie Lou Hamer spoke at the 1964 Democratic Convention about the brutal conditions Blacks faced while trying to vote in Mississippi.

(CNN) -- Most of the civil rights movement’s leaders were Black male preachers with impressive degrees and big churches. Fannie Lou Hamer was a poor, uneducated Black woman who showed that a person didn’t need fancy credentials to inspire others.

She was so charismatic that even the President of the United States took notice.

Hamer was the youngest of 20 children born to a sharecropping family in Mississippi. She had a powerful speaking and gospel singing voice, and when activists launched voter registration drives in the mid-1960s, they recruited her to help out.

She paid a price for her activism. Hamer was fired from her job for attempting to register to vote. She was beaten, arrested and subjected to constant death threats.

Yet seasoned civil rights workers were impressed with her courage. Hamer even co-founded a new political party in Mississippi as part of her work to desegregate the state’s Democratic Party.

Hamer spoke at the 1964 Democratic Convention about the brutal conditions Blacks faced while trying to vote in Mississippi. Her televised testimony was so riveting that President Lyndon B. Johnson forced the networks to break away by calling a last-minute press conference. Johnson was afraid Hamer’s eloquence would alienate Southern Democrats who supported segregation.

“I guess if I’d had any sense, I’da been a little scared,” Hamer said later about that night.

“But what was the point of being scared?” she added. “The only thing the whites could do was kill me, and it seemed like they’d been trying to do that a little bit at a time since I could remember.”