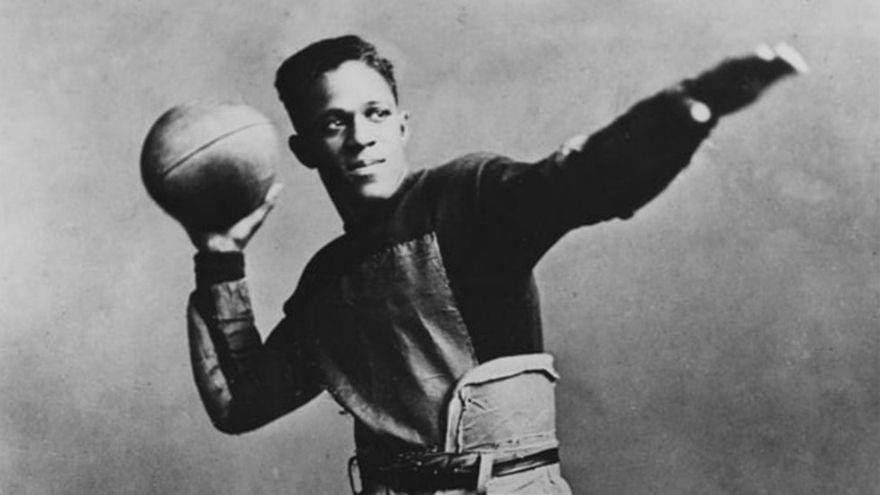 Fritz Pollard was the first African American coach in the National Football League.

At 5 feet, 9 inches and 165 pounds, he was small for football. But that didn’t stop him from bulldozing barriers on and off the field.

Pollard attended Brown University, where he majored in chemistry and played halfback on the football team. He was the school’s first Black player and led Brown to the 1916 Rose Bowl, although porters refused to serve him on the team’s train trip to California.

After serving in the Army during World War I, he joined the Akron Pros of the American Professional Football Association, which later became the NFL. He was one of only two Black players in the new league.

Fans taunted him with racial slurs, and opposing players tried to maim him. But Pollard, a swift and elusive runner, often had the last laugh.

“I didn’t get mad at them and want to fight them,” he once said. “I would just look at them and grin, and in the next minute run for an 80-yard touchdown.”

In 1921, while he was still a player, the team also named him its coach – the first African American head coach in league history.

Over the next seven years, Pollard coached four different teams and founded a Chicago football team of all-African American players. Later, he launched a newspaper and ran a successful investment firm. Pollard was inducted into the Pro Football Hall of Fame in 2005.